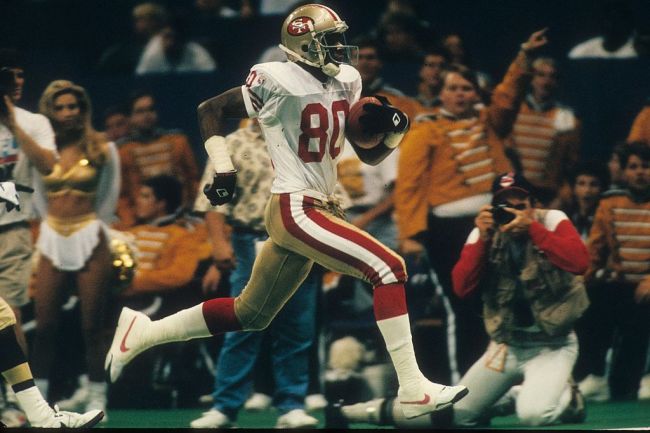 Looking back on Jerry Rice’s career, it’s hard to believe the man ever had any doubts about his greatness. In high school, Rice was an All-State wide receiver. He followed that by putting together a college that saw him unbelievably amass 300 catches, 50 touchdowns, and over 4500 yards.

Apparently that wasn’t enough for him to believe that he would be selected in the NFL Draft. In a conversation with Fox News, Rice revealed the concerns he carried with him into the draft.

Jerry Rice recalls NFL Draft worries: 'I never thought I was going to get drafted'https://t.co/0NFxZ0qEOh

Rice would, of course, go on to become the greatest wide receiver in NFL history. To this day, he holds the records for receptions, receiving yards, and receiving touchdowns in a career. In fact, the only where of those categories where is even somewhat of a close second is receptions, where he is still 117 catches ahead of Larry Fitzgerald.

With all of those records, 3 Super Bowl rings, and an enshrinement in the Pro Football Hall of Fame, I think it’s safe to say Rice didn’t really have anything to worry about.