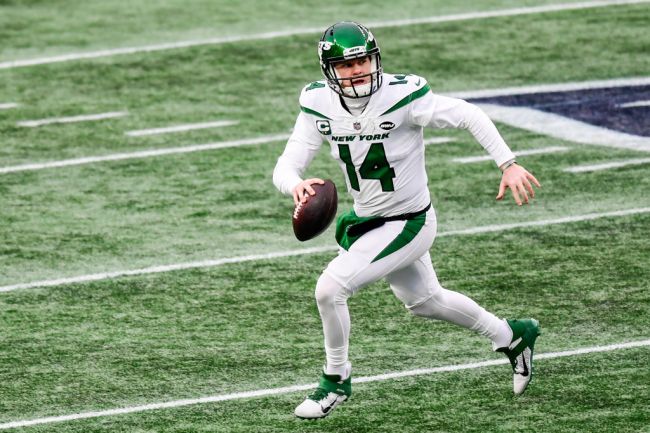 With it being a guarantee for quite some time now that the Jaguars will be selecting Trevor Lawrence first-overall in the 2021 NFL Draft, a lot of attention has been given to what the Jets will do with the No. 2 pick. It seems like one day it’s clear that New York wants to move on from Sam Darnold and draft Zach Wilson out of BYU, while the next it sounds like the Jets want to continue with Darnold under center and actually draft him some weapons.

Both of those scenarios are very real possibilities, just like it’s a possibility the Jets trade back in the draft and stock up on a couple more picks.

Through his first three years in the NFL, Darnold has shown flashes, and shown struggles. He owns a 13-25 record as a starter and has thrown 45 touchdowns and 39 picks on three bad Jets teams. So, the question is, what should New York do in this situation.

ESPN’s Dianna Russini, and an anonymous NFL head coach, don’t understand why it seems like the franchise is so ready to move on from Darnold and start yet another QB journey.

“Why are we giving up on Sam Darnold so much?” Russini questioned during Thursday’s edition of Get Up. “What is it? I had a conversation yesterday with a head coach of a different team — not the New York Jets — and he asked me ‘what am I missing about Sam Darnold? Is there something that happened in that locker room that I didn’t know about? Because on remembering what he can do from him coming out (of USC), he’s a really good quarterback. Why are we saying that Zach Wilson is going to be better than him?”

There’s no denying that Wilson is an intriguing prospect with both the arm and mobility, but I don’t think it’s crazy to say that Darnold still has intrigue attached to his name as well if a few pieces are sprinkled into the Jets’ offense.