The Jets Are Reportedly Shopping Pro Bowl Safety Jamal Adams Before The Trade Deadline And The Dallas Cowboys Are ‘Very, Very Much In’ 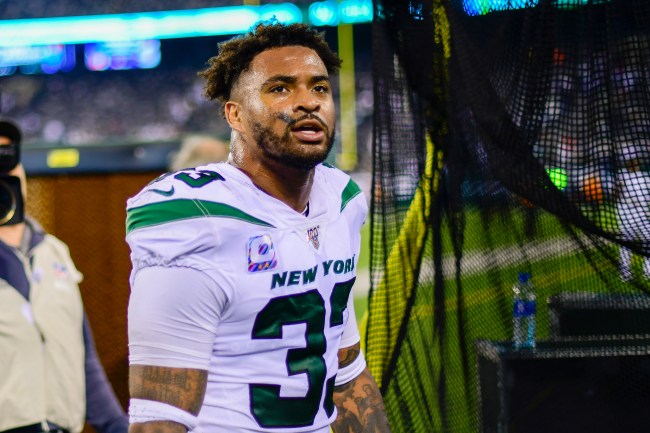 Do you guys smell that baking in the oven at 450? Mmmm. Smells like a delicious trade rumor right before the Tuesday 4 pm trade deadline!

The New York Jets, who suck spectacularly, are reportedly looking to purge themselves of anyone worth a damn to start fresh for the future.

It was reported early Tuesday that the Jets are shopping Le’Veon Bell, exactly six seconds after they signed the All Pro running back to a four-year, $52.5 million deal. They are also fielding calls for wide receiver Robby Anderson and have piqued the interest of the Dallas Cowboys for their dangling of Pro Bowl safety Jamal Adams, who the Jets selected with the sixth overall pick in 2017.

According to NFL Network’s Ian Rapoport:

“Knowing the #Jets are open to dealing several of their big-name players, the #Cowboys have touched base with them on a possible deal for #Jets S Jamal Adams, sources say. He’s indicated he’s open to a move. Compensation would be massive.”

“If the Cowboys get him, and I am told the Cowboys have had conversations with the Jets about potentially trading for Jamal Adams, it would be big,” Rapoport said on NFL NOW. “If you’re the Jets, you’re obviously rebuilding. These are all draft picks that [general manager] Joe Douglas did not select — very rare to select a safety for instance in the top 10. These are not picks that Joe Douglas made. Of course, they are open to it.”

From our pre-Trade Deadline show: The #Cowboys are in talks with the #Jets on S Jamal Adams, but NYJ is asking for "a lot." Duh. pic.twitter.com/9CQhg7QR67

Adams, who’s in his third season, has recorded 39 tackles and an interception this season. At just 24-years-old the Cowboys could be hoping to incorporate him in their long-term plans.

Source confirms the #Cowboys are very, very much in on S Jamal Adams. "They want him,” one told me. #Jets are asking for “a lot … a whole lot,” a second source added.

Trade deadline is at 4p.m.