Le’Veon Bell’s Reportedly On The Trade Block, With The Jets Targeting A Deal By Tuesday Deadline 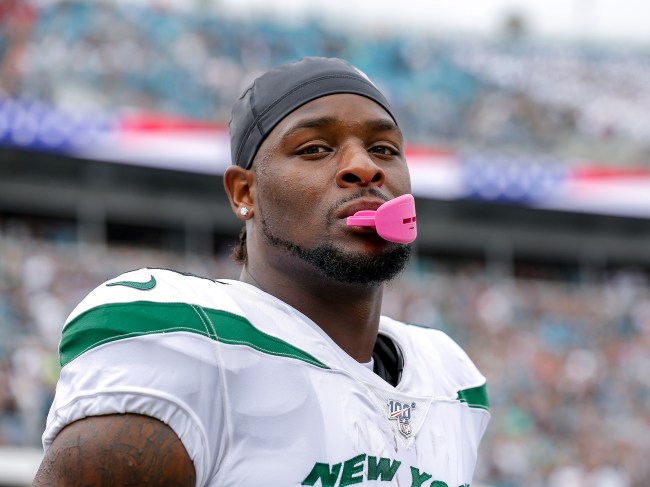 Le’Veon Bell was one of the hottest free agent commodities this past NFL offseason, with the New York Jets being the big winners in the sweepstakes for his All-Pro services, signing him to a four-year, $52.5 million deal. Problem is, the running back immediately got off on the wrong foot with his new team, as reports came out that Jets head coach Adam Gase didn’t even want to sign Bell, causing a bit of drama within the organization.

Fast-forward to today and, per the New York Daily News, Le’Veon Bell is apparently on the trade block, with the Jets hoping to get a deal done before the NFL Trade Deadline today. Talk about a change of heart, right? Here’s what the Daily News had to report, per its sources.

The Daily News has learned that Gang Green is amenable to dealing the perennial Pro Bowl running back for the right price before the 4 p.m. trade deadline. Although it’s unclear what that price tag has been during discussions, there are legitimate buyers. The Jets would unload a big salary as general manager Joe Douglas looks to reshape the roster.

Keep an eye on the Texans, Chiefs and Bills, who could use a dynamic running back. The Eagles likely would love to add Bell, but it appears that it would be cost prohibitive to add him.

Douglas inherited Bell, so it’d be much easier to part ways. Truth be told, the Jets would not have signed Bell (or C.J. Mosley) for that kind of money in the first place if he were the GM at the start of free agency.

There’s some level of interest from teams in acquiring Bell, but the necessary draft compensation coupled with his relatively exhorbitant contract would make it challenging for the Jets to move him. But Gang Green is keeping the door open if the right offer comes along soon.

Considering the fact the Jets had turn over in its front office immediately after signing Le’Veon Bell — firing then general manager Mike Maccagnan, the man who signed the running back — parting ways with the running back might not be as difficult as some might think. Plus, with Bell averaging just 3.2 yards per rush, the minimal production hasn’t warranted his big salary, so while the team may not be able to move him, the fact that they’re actively shopping him is surprising this early on in his Jets tenure.