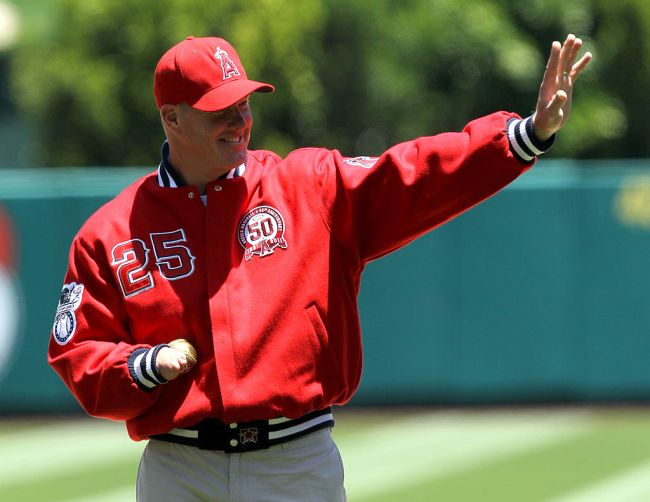 Kentucky linebacker J.J. Weaver is really good at football. He was a four-star recruit in the class of 2019 and was named to the All-SEC Freshman Team last season.

Not only is he a freak athlete on the field, but he has a unique physical trait. Weaver was born with six fingers on his right hand.

No seriously, he has two pinkies on his right hand.

Weaver’s hand has been known amongst SEC and niche college football fans for a few years now, but much of the nation discovered his unique digits on Saturday. Ahead of the 6-0 Wildcats’ game against the 6-0 Georgia Bulldogs, College Gameday did a feature on Weaver and how he is inspiring people off of the field.

“It’s okay to be different.”

J.J. Weaver was born with six fingers, but it hasn’t stopped him from playing the game he loves and inspiring those off the field. pic.twitter.com/lOsYtPCYwC

Among those who found out about Weaver’s left hand was former MLB pitcher Jim Abbott. Abbott was born without a right hand, played ten years in The Bigs, and once threw a no-hitter for the Yankees.

He also won a gold medal with Team USA in the 1988 Olympic Games and his story is remarkable.

When the 54-year-old learned about Weaver’s sixth finger on Saturday, he had a hilarious reaction to the discovery. He didn’t find what some would view as an advantage to be fair.

Weaver and Abbott are a lot alike. Although their unique physical irregularities aren’t the same, they are both vocal leaders in their communities and around the country for those who were born different.

Credit to them both and credit to Abbott for having a tremendous sense of humor. His reaction was perfect.