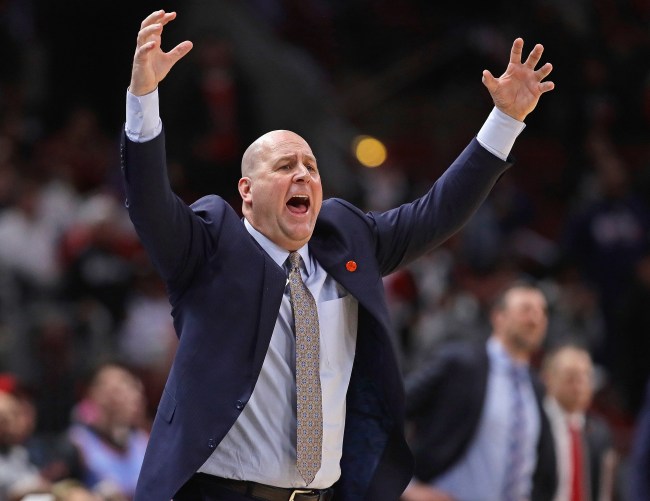 Chicago Bulls head coach Jim Boylen’s first couple of seasons at the helm haven’t exactly gone smoothly, with the team going a pretty pathetic 39-84 so far during his tenure. While the constant losing has weighed on fans and the organization as a whole, it seems like some of the head coach’s own players are starting to form some sort of mutiny against him, with a few publicly shaming him in hopes of getting him canned.

It first started when some Bulls players were rumored to be considering skipping practices shortly after Jim Boylen was named head coach. And, if that wasn’t bad enough, the head coach has clashed with star player Zach LaVine for the past couple seasons, with the player once seen yelling at Boylen during a game earlier this season as he was dropping 40 points against the OKC Thunder.

5 seconds later, he drilled a shot from the logo 😯 pic.twitter.com/nyFyIZD8KN

That’s all pretty bad, and doesn’t exactly exude confidence that Jim Boylen will be leading the Bulls for too much longer. And, while it’s obvious that the old school style of Boylen clashes with the way his players would prefer to be treated, a rookie named Daniel Gafford — who was taken in the second round of the 2020 NBA Draft — didn’t beat around the bush when describing his feelings about his head coach.

When asked on Twitch stream about what it was like playing for Boylen, Gafford refused to go the typical politically correct route. Instead, he went fully candid, seemingly ripping the head coach without the rookie fully coming out and blatantly saying that he hated playing for the guy. Take a look below.

Honestly, props to Gafford for not beating around the bush. Still, maybe it’s not the wisest move to dog your head coach publicly like this.

Remember, this is coming from a rookie chosen in the second-round and has only averaged about 14 minutes per game; meaning he has plenty to lose and can easily be replaced if the comments pissed off Jim Boylen enough. Who knows if David Gafford sealed his own fate and finds himself on the waiver wire soon because of all this, but, regardless of what happens to him, the writing seems to be on the wall — very few players donning Bulls’ jerseys these days are fans of Boylen.