Jim Harbaugh packs more activities in a single day than most mortals could ever imagine. By the time I’m waking up, Jim Harbaugh‘s already gone for a 5-mile run, sat through Church, washed his car, reformatted his hard drive, cleaned out all of the wax in his ears, called every recruit in his Rolodex to ensure they’re still committed to Michigan, and performed one miracle (on average).

This morning, while I was sitting at my computer blogging about this amazing Cyclops Goat Jim Harbaugh was working on a farm. And just to show the world that he’s no City Slicker, Jim Harbaugh got his hands dirty AF while delivering a baby calf.

Yes, you read that correctly. The Head Coach of the Michigan Wolverines Football Team spent his morning pulling a cow out of another cow while visiting the Fair Oak Farms in Indiana. Then he shared pictures of his farming so that the world knows what he’s capable of:

Thanks to Mike & Sue of @fairlife milk for the @fairoaksfarms tour. Great day, what a mission they are on! PLUS helped deliver a baby calf! pic.twitter.com/8sSZYPaY4o

Just look at this man. Rocking a full sleeve plastic glove so he can get his arm all the way up inside of that cow to deliver the baby into the world: 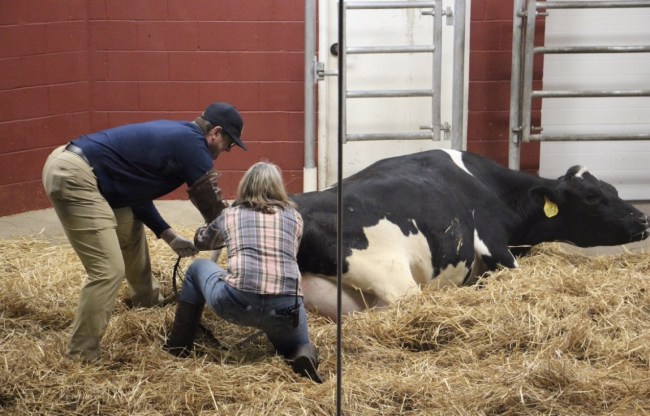 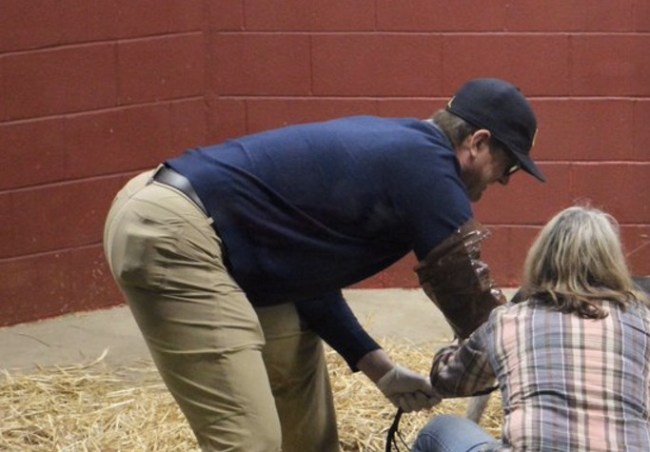 Like I said before, Jim Harbaugh’s days are full. After delivering a calf he ditched the farm to go play golf in a charity tournament with Jason Day and Michael Phelps:

Jim Harbaugh just brought new life into the world. He’s running so high right now the next stop is the College Football Playoffs. Mark my words.