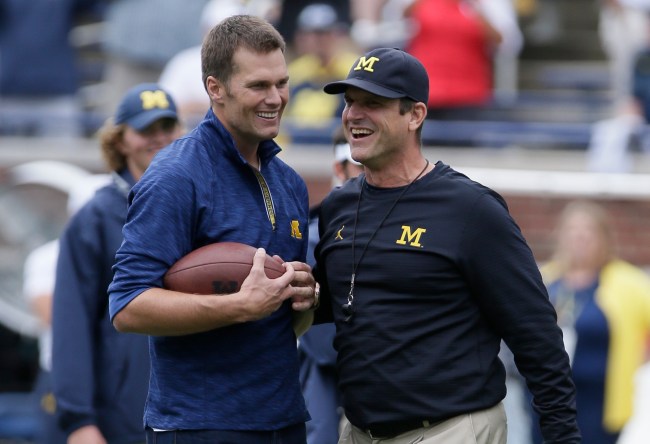 It’s been close to 20 years since the New England Patriots decided to use the 199th pick in the 2000 NFL Draft to select a fairly unheralded quarterback out of the University of Michigan named Tom Brady.

Here's a pic of Tom Brady shirtless at the 2000 NFL scouting combine. pic.twitter.com/Wg62wpIS4d

Drew Bledsoe was at the helm in New England when Brady was drafted and was good enough at the time to have made the cut for Backyard Football. However, he was eventually sidelined with an injury and unwittingly opened the door for his teammate to become the best quarterback to ever play the game.

Since stepping into the spotlight, Brady has earned basically every accolade that can be bestowed upon an NFL player, including:

As if that wasn’t enough, he also managed to convince one of the biggest supermodels on the planet to marry him because it’s Tom Brady’s world and we’re all just living in it.

However, there’s one thing Brady doesn’t have to his name: a statue of himself.

As far as I’m concerned, you haven’t officially made it until someone decides to recreate your likeness in bronze but it might only be a matter of time until Brady receives the ultimate honor if Jim Harbaugh has anything to do with it.

According to Sports Illustrated, the Michigan coach brought up the idea of a statue while recapping the Super Bowl on his podcast Attack Each Day (I was previously unaware Harbaugh had a podcast and my life is already better now that I’ve subscribed).

He outlined his vision, saying:

I can only hope Harbaugh’s khakis get the same treatment when everything is said and done.