ESPN Reportedly Interested In Hiring Jim Nantz To Make Him The Face Of Its NFL, Masters Coverage 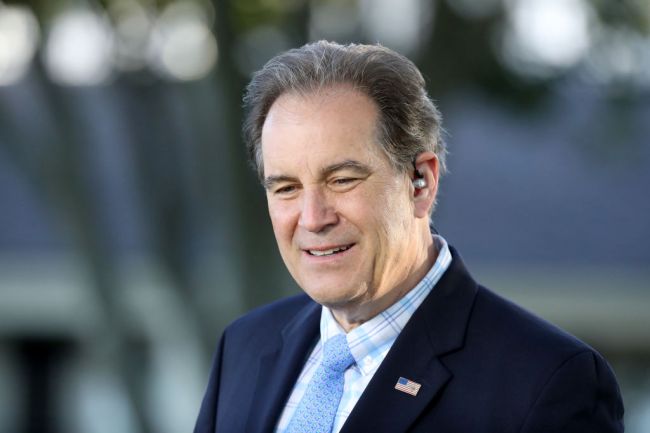 Jim Nantz’s current contract with CBS is set to expire this summer and with a reported impasse in negotiations on a new deal, the face of CBS Sports has caught the attention of ESPN.

According to Front Office Sports, if Nantz doesn’t sign a new contract with CBS before his current deal runs out, ESPN is interested in making him the face of its NFL and Masters coverage, the same roles he currently holds with CBS.

Nantz joined CBS in 1985 and has won three Emmys since his time with the network. He’s been CBS’s top play-by-play announcer for not only the NFL, the PGA Tour, and the Masters, but has also been on the call for most of the top NCAA basketball games on the network over the years, particularly during March Madness.

Nantz recently explained that he’s not eyeing retirement anytime soon as he would like to call over 50 Masters tournaments before he hangs up the mic. He’ll call his 36th Masters in April.

It would be odd to not see Nantz as the face of CBS Sports, but money talks.

Back in November, it was reported that Nantz was looking for “Tony Romo money,” which would be in the ballpark of $17 million per year. That would be quite the bump for Nantz as he reportedly makes $6.5 million per year on his current deal.

ESPN could have a bit more money to spend at the moment as Front Office Sports notes that the network recently shed the salaries of expensive talents like Dan Le Batard, Mike Golic Sr., Trey Wingo and Michelle Beadle. It’s no secret that Disney/ESPN is going all-in on the NFL and they may eye Nantz as to be the key piece to their NFL puzzle.

Nantz is set to broadcast Super Bowl LV on February 7, the Final Four in April, and the Masters, which begins three days after the Final Four.