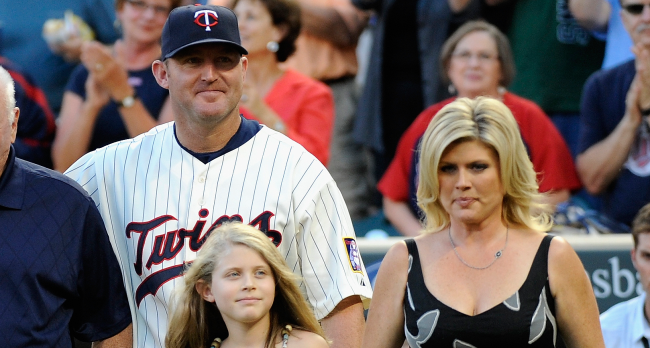 Many Cleveland Browns fans are not exactly thrilled with the team’s acquisition of quarterback Deshaun Watson. Counted among them is Andrea Thome, the wife of Hall of Fame baseball player and former sluggers for the Cleveland Indians, Jim Thome.

Andrea Thome, who received Browns season tickets as a Mother’s Day surprise from her husband Jim, recently announced on social media that she was canceling them and that she wants a refund for this season.

The sole reason for her decision is because of Deshaun Watson and the 22 women who have accused him of sexual misconduct.

In response to those who disagreed with her stance, Andrea Thome tweeted, “I never called anyone guilty. 22 accusers. That’s enough for me to make a decision that I have every right to make without being incessantly bullied by keyboard warriors. I’m stepping away for a week, but I wish you all peace.”

She only made it about 48 hours.

On Monday, she was back on Twitter, this time with what she says is a message she received from one of Deshaun Watson’s accusers.

“I wouldn’t wish the last 48 hours on anyone, but this letter is why it was worth it,” she tweeted. “I stand by my decision and none of threats, name-calling, false-accusations or character assassination makes any difference. Other peoples opinion of me is none of my business.”

The message Andrea Thome received is, according to her tweet, from a woman writing to thank her for her support.

“I am one of the women assaulted by Deshaun Watson. My name is [redacted].

“I saw your tweet, and that you took a stand by giving up your season tickets. Anyone who says that you are virtue-signaling or that it ‘doesn’t matter’ is wrong,” the woman wrote. “It matters to me. Any tweet or comment I see that speaks against sexual violence against women is one more reason for me to keep going and not feel utterly hopeless.

“I have been at my lowest point the last couple of weeks, and I just wanted to say thank you.”

I wouldn’t wish the last 48 hours on anyone, but this letter is why it was worth it. I stand by my decision and none of threats, name-calling, false-accusations or character assassination makes any difference. Other peoples opinion of me is none of my business. ✌🏼 pic.twitter.com/4GV6JiPSgb

She also tweeted that the Browns have indeed refunded their money and that she was donating it all to women’s charities in the Cleveland area.

We’ve just been refunded, but we are donating every red cent to organizations in Cleveland that protect women. Thank you!