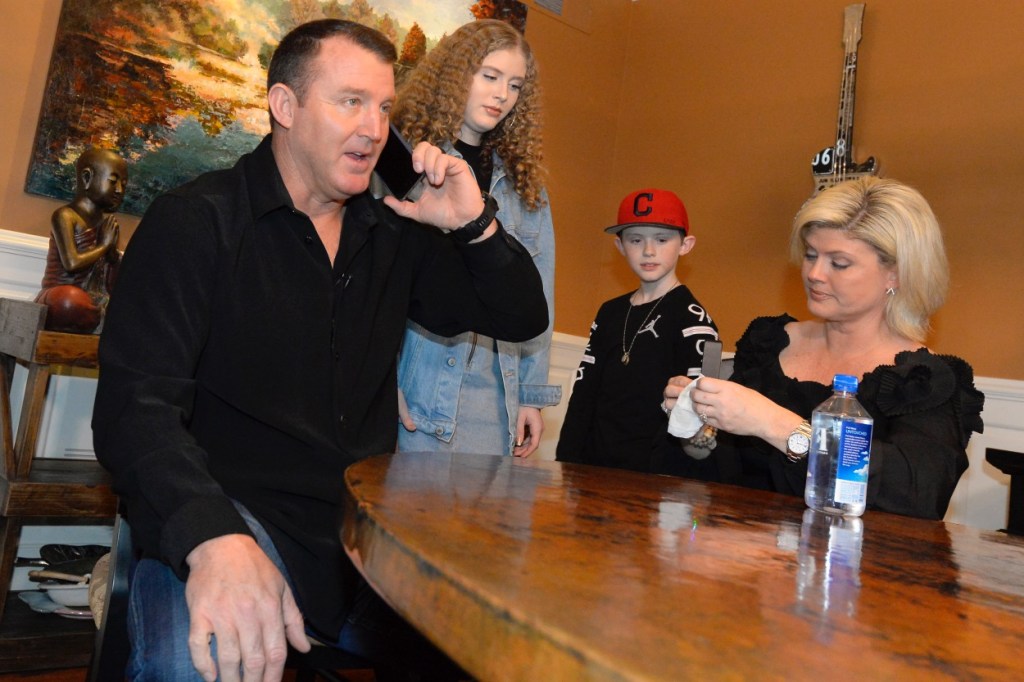 Officially cancelled our Browns season tickets today and asked for a refund as they were paid in full. Very sad after 40 years as a fan, but this is my line in the sand. I believe women. Especially when there are 22 of them. That press conference did nothing to change my mind.

They may not give us a refund. But I sent the letter today. If @Browns won’t refund—-I will auction off every single game and publicly donate every cent to different women’s crisis charities in N.E. Ohio, raising awareness week by week during the season.

Some people had questions about why now. Why is Deshauwn Watson and not the Kareem Hunt incident enough to sever ties with the Cleveland Browns? Jim Thome’s wife Andrea responded to some of those people on Twitter.

My husband surprised me with the season tickets for Mother's Day. He doesn't have social media and is smart enough to avoid most news, so he wasn't aware of those incidents. He's busy working two jobs. This was my personal line. To each his own.

Matt, I was taught not to hide my light under a bushel basket. That’s why I shared. Just trying to shine a light on women in crisis. All the best to you as we do, indeed, say goodbye.

And to add a little more clarification, she sent this tweet about how the sheer volume of accusers is enough for her to make her decision.

A final word. I never called anyone guilty. 22 accusers. That’s enough for me to make a decision that I have every right to make without being incessantly bullied by keyboard warriors. I’m stepping away for a week, but I wish you all peace. Grateful for all of the support. ❤️✌🏼

The Cleveland Browns held their introductory press conference with Deshaun Watson last week. They detailed why they didn’t speak with any of Watson’s 22 accusers prior to trading for him. Deshaun also claimed he didn’t know the details of his $230 million contract before choosing the Browns which everyone TOTALLY believed.

Jim Thome was elected to the Baseball Hall of Fame in his first year of eligibility. He’s a member of Cleveland’s Hall of Fame. Jim and Andrea Thome aren’t the only Browns fans to cancel their season tickets after the team traded for Deshaun Watson but they’re the most high-profile beloved athletes in the area to do so (yet). It will be interesting to see how the Cleveland Browns respond to public announcements such as this.