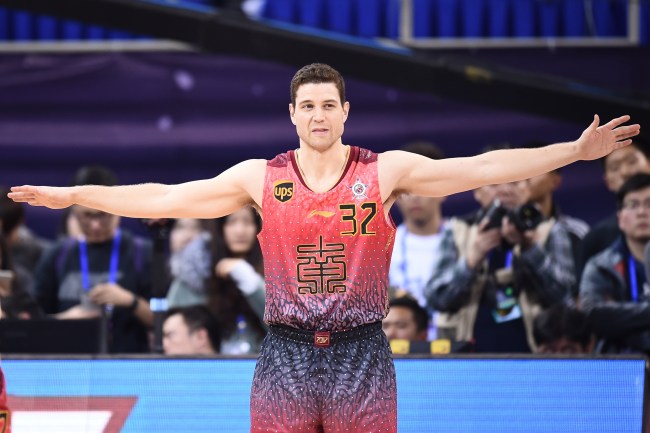 After being picked 10th overall in the 2011 NBA draft, Jimmer Fredette’s NBA career left a bit to be desired. Upon his arrival in Sacramento, Jimmer reenergized the Kings fan base, evident in his No. 7 jersey selling out in the Sacramento area and online. But Jimmer’s limitless range and ability to create scoring opportunities for himself at will in college proved to be a tougher task in the pros, and Fredette was bounced around to a few NBA teams before landing in the D-league (where he tore it up).

On August 2, 2016, Fredette signed with the Shanghai Sharks of the Chinese Basketball Association. This may seem like a head-scratching move, but the Chinese love their basketball. Former CBA star Stephon Marbury is such a mega-celebrity in China that he has received the title of honorary Beijing citizen, his own series of stamps and even a statue outside his team’s arena.

The 28-year-old Fredette is certainly on Marbury’s trajectory, as this past season he scored 73 points in a game and won the CBA’s International MVP Award after averaging 37.6 points per game for the Shanghai Sharks. Fredette re-signed with the Sharks, and he now has his own signature-shoe line. And these kicks are dope.

Over in China, Jimmer Fredette just unveiled his own signature shoe with Chinese brand 361, and they're kinda fire. Thoughts? pic.twitter.com/0vtOvoNMII

Chinese shoe brand 361 Degrees released the new shoes on Monday and they have been getting praised by sneaker heads internationally.

I typically stick to Starburys when getting a Chinese player's signature shoe but i may make an exception here.

One Twitter user who allegedly worked for Puma in the 90s said that during shoe design critiques, his team would add a Nike swoosh to determine if the design holds up.

Throw a swoosh on that jawn and its fire. Sign of a good design. 🔥 pic.twitter.com/mFMIQedVHJ

Good for Jimmer for finding an outlet to dominate.