Fans Cook The Seahawks For Posting A Hype Video For JJ Arcega-Whiteside, Who Has 16 Catches Over Three Seasons 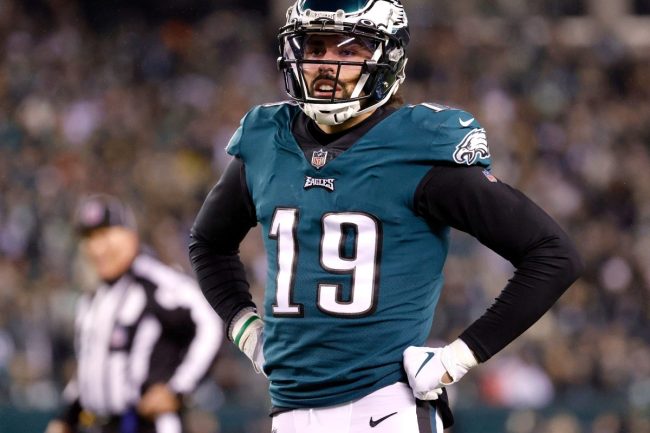 The Seahawks appear to be rebuilding following their offseason trade of Russell Wilson. The team isn’t expected to do much in an absolutely stacked NFC West as they hand the keys to the offense over to either Geno Smith or Drew Lock.

While they were able to re-sign DK Metcalf to a new deal, they saw Wilson and defensive staple Bobby Wagner walk this summer. Things have apparently gotten so bad that the team is making hype videos for a newly added wide receiver, who’s tallied just 16 catches over three professional seasons.

The Seahawks acquired JJ Arcega-Whiteside earlier this week from the Eagles. In three seasons with Philadelphia, Arcega-Whiteside hauled in 16 receptions for 290 yards. Ten of those catches came in his rookie year, as the wideout has only recorded six receptions over the last two campaigns.

Seattle attempted to highlight their new signing on Wednesday with a hype video on social media. The end result was not what the team anticipated.

With their new wide receiver having recorded minimal production over his first three seasons, fans on Twitter were quick to roast the Seahawks for the JJ Arcega-Whiteside hype video.

Fans, never take for granted when your team has a franchise QB for a decade. Because one day, your team will be down bad enough to post a JJ Arcega-Whiteside hype video. https://t.co/E2NeUKVOms

They posted all his career catches in this one video 🤣 https://t.co/8fSv5Ulejp

Got the preseason highlights in here https://t.co/kslvyXmxs0

Many were quick to compliment the Seattle media team for finding the wideout’s footage in all of the Eagles’ film over the last few seasons.

I’m shocked there was enough video highlights available for this. @Seahawks have some REALLY talented people in their film room. https://t.co/k9LpqZO5Wu

Props to the Seahawks editing team for digging through hours of footage to make this https://t.co/tHVnCVD70b

This isn’t striking any fear into the eyes of opposing fans. It’s also not lending much hope to Seattle supporters in terms of what to expect from the offense this year.

We’ll see how Arcega-Whiteside performs with the Seahawks next season. Hopefully, he’ll prove the doubters wrong and add a few more highlights to the reel.