REPORT: J.J. Watt Being Traded After Season Is ‘Virtual Certainty’ 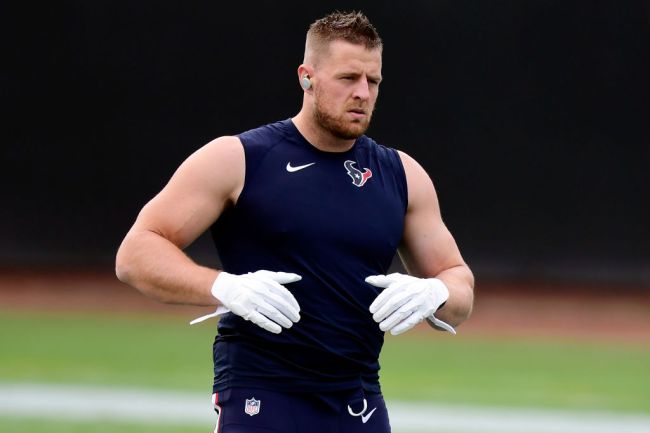 J.J. Watt has been the face of the Houston Texans franchise over the last few years so it’s crazy to think the future Hall of Famer would play for any other team.

After a few months of losing, Bill O’Brien being fired, Watt possibly taking shots at O’Brien on his way out, and the defensive end straight-up saying he’ll leave the team to go to a contender, Watt’s time with the team is potentially coming to an end.

Colin Cowherd called for a Watt trade weeks ago and got laughed off the internet, but in the last week, the rumors around Watt being shipped out of town have increased.

According to Jason La Canfora of CBS Sports, a Watt trade is a “virtual certainty” this offseason.

“It’s a wrap,” said one source with knowledge of the situation. “He knows he only has so many games left and he is ready to go and try to win. The guys in that locker room are bracing for it.”

Another source with knowledge of the situation said: “At the end of the day, Cal (owner Cal McNair) respects JJ too much to hold him back. I think everyone in their hearts already knows he is going to be moving on. He’s done everything they could have ever asked for, and this chapter is closing.”

La Canfora also reported that “general managers who explored significant trade talks with the Texans came away convinced that a trade is inevitable.”

“He’ll be traded by March, bank on it,” one NFL general manager told La Canfora.

Numerous teams will have interested in Watt but his history of injury is somewhat troubling.

So far this season, the 31-year-old Watt has appeared in seven games. Going into this weekend, he has 24 tackles, three sacks, a forced fumble, one recovery, and three pass defenses.

Texans fans hoping Watt will change his mind better come to grips with the idea that he’s likely gone after the season.

“Watt has told confidants for weeks that this was coming to a head,” wrote La Canfora, “and it seems quite unlikely his desire to play elsewhere is going subside.”