J.J. Watt All But Says He’ll Leave The Texans If They Can’t Compete For A Super Bowl As He Enters The Later Stage Of His Career 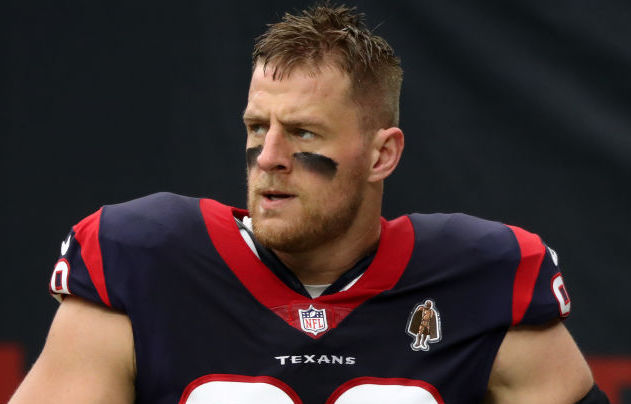 J.J. Watt established himself as a force to be reckoned with during his time playing at Wisconsin, and thanks to his efforts, he was picked up by the Houston Texans with the 11th pick in the 2011 NFL Draft before quickly becoming the face of the franchise after proving his performance as a member of the Badgers was just a peek of what was yet to come.

Over the past decade or so, Watt has established himself as one of the most formidable defensive forces in the league, as he’s broken multiple franchise records in addition to being showered with honors, including the five times he’s been named to the Pro Bowl and the three Defensive Player of the Year awards he’s added to his trophy case.

Unfortunately, there’s been one trophy that’s been out of his grasp, as the Texans haven’t come close to the Super Bowl despite clinching a spot in the postseason during the majority of his years with the team. That includes the previous one, where he suffered what most people assumed was a season-ending pectoral injury only to see him return in time for the playoffs. However, despite his valiant efforts, Houston was unable to advance past the divisional round (as has been the case during Watt’s entire tenure).

Based on how things are currently looking, it is very doubtful the Texans will be playing any football after the current regular season wraps up, as they’re sitting at 1-6 after kicking Bill O’ Brien to the curb following an 0-4 start. As a result, trade rumors concerning the defensive end have begun to swirl a bit, and on Wednesday, Watt (who won’t be a free agent until 2022), shed some light on his thoughts for the future that makes it seem like he’s very open to exploring other options.

According to The New York Post, a reporter asked Watt if he saw himself finishing out his career with the only pro team he’s played for and he didn’t exactly mince words with his answer, saying:

“I don’t think it’s any secret that I don’t have 10 years left in this league. I personally believe that I do have a few more great ones left in me…

During his time in Houston, Watt has established an incredible connection with the people in the city and surrounding areas, as he managed to help raised over $40 million to aid with recovery efforts in the wake of Hurricane Harvey. However, it’s hard to believe there will be any love lost between either side if Watt does indeed head to greener pastures, which he’s certainly earned the right to do after everything he’s managed to achieve.