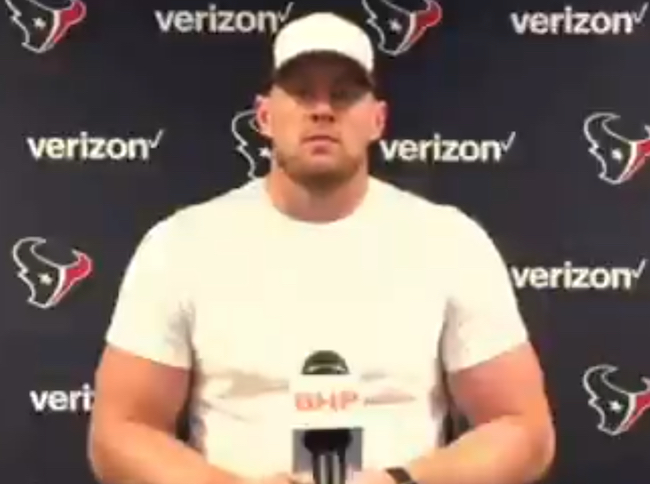 J.J. Watt didn’t feel like talking to the media after the Houston Texans 35-20 loss to the Green Bay Packers.

Unfortunately for Watt, he has to talk to the media, and that’s exactly what the All Pro did – he talked.

When asked about Packers quarterback Aaron Rodgers, Watt’s assessment was that he “played very well today” because he “threw the ball to receivers and they caught it.”

When asked by a reporter what it feels like to think he had Rodgers under wraps, only to find he’s completed a pass, Watt answers “how do you think it feels?”

Hang this press conference in the Louvre. pic.twitter.com/dO3Wsp4k7h

Hang this press conference in the Louvre. pic.twitter.com/dO3Wsp4k7h

J.J. Watt is not pleased. pic.twitter.com/NQIsAHhko5

Watt has been unhappy most of the season and allegedly had a part in former coach Bill O’Brien getting kicked out of town.

While Watt would never asked to get shipped out of town, Colin Coherd thinks it’s time for the Texans and Watt to part ways.