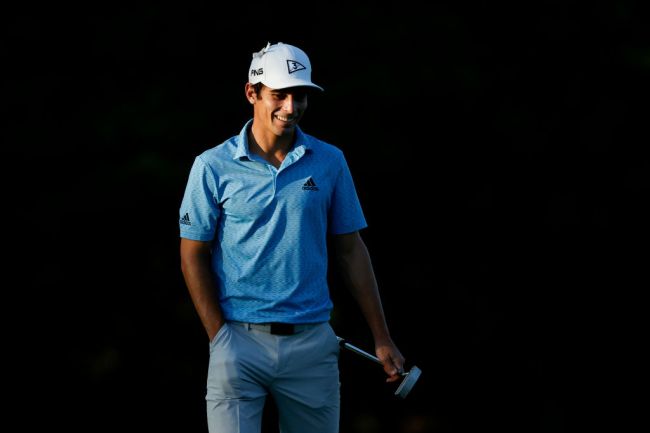 Joaquin Niemann has won on the PGA Tour, but the 22-year-old’s latest victory had nothing to do with golf.

Niemann shared some tough news back in November of 2020 explaining that his infant cousin Rafita Calderon had been diagnosed with Spinal Muscular Atrophy and was in need of a drug called Zolgensma, which he explained costs $2.1 million. Niemann set up a Go Fund Me page that week ahead of the RSM Classic pledging $5,000 for every birdie and $10,000 for every eagle on top of $152,450 worth of earnings. He also revealed he donated his $65,262 from the Mayakoba Classic as well.

This week, ahead of the Genesis Invitational, Niemann shared that over $2.1 million had been raised thanks to his own efforts and many others that helped.

“It’s been amazing the last couple days,” Niemann said, according to Golf Week. “It was amazing to see like the whole Tour, like all the people that supported me, all the companies, it was amazing. We raised so much money in such a short period, it gives us a lot of faith for Rafita.”

Calderon’s father flew to the United States to purchase the medicine and brought it back to Chile. Niemann explained that his cousin’s condition has improved since receiving the one-time injection of Zolgensma.

According to Golf Week, Niemann did travel back home to Chile in January to see his family and friends skipping the last four events played on the PGA Tour.

Niemann explained that his initial conversation with Rafita’s father was tough.

“He was really negative, like why (does) this happen to me, you know, just being negative. And I was trying to push him to be more positive and I get to help him here in the States, because in Chile, it was really hard to get the $2 million and for me being here getting more connections, you know, social media, all this stuff helps. It was beautiful.”

Yep, beautiful is the perfect word to describe this story of people coming together to help Niemann and his family.