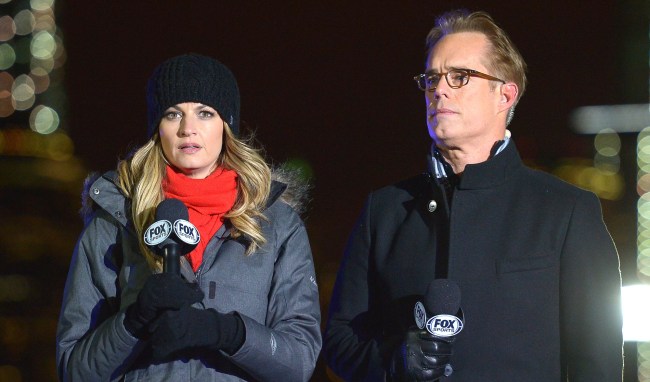 A couple of weeks back, Fox broadcaster Joe Buck stated on HBO’s Real Sports with Bryant Gumbel that he believed networks will probably have to inject fake crowd noise into game broadcasts when the stadiums are empty to make them less uncomfortable to watch.

On Wednesday, Buck appeared on Andy Cohen Live and doubled down on his take, saying the fake crowd noise and possibly even virtual fans is “pretty much a done deal,” adding, “I think whoever is going to be at that control is going to have to be really good at their job and be realistic with how a crowd would react depending on what just happened on the field. So it’s really important.”

Buck also stated, “I think Fox and these networks have to put crowd noise under us to make it as normal a viewing experience at home. I know they’ll do it.”

Naturally, because it would be very odd to have “virtual fans” and fake crowd noise played during a sports broadcast people were a bit taken aback.

Buck also didn’t appreciate that his words were twisted somewhat in the coverage of his comments regarding the topic.

Amazing the headline doesn’t match what I said. Didn’t think that happened at places like SI. I’ve been saying for over a month, including on HBO in April, that some ambient crowd noise under a broadcast is a simple, necessary tool to normalize the viewing experience at home…. https://t.co/6JY11ZcGZU

There is no “traditional” take on this topic. It’s new territory. Hoping stadiums are full and all is normal. If not, then it’s a blank canvas. All networks will try to make it look and sound as normal as possible. It could lead to unprecedented, thrilling access. Who knows?

But Crowd reactions are an enormous piece of the TV puzzle. All reactions by a crowd are valuable and to be used – as far as I know. I use it as much as I can and still keep my job. Big moments like the Minn. Miracle are MADE on tv because of the crowd noise.

It doesn’t have to be over the top. But something has to be there. Contrary to the misleading headline at SI and other places – I said FOX is WORKING on virtual fans. They are working everyday on ANYTHING to make our shows the best on TV. That’s exciting to me, and I am thankful

Some ideas will work and some won’t. That’s the nature of WORKING on something. It’s uncharted water. It could be a very exciting time in network TV coverage. I can’t wait to see how it all plays out. Praying for a SAFE return to a stadium near you for all involved.

This ran in the LA Times last week. It’s ALL a work in progress. pic.twitter.com/ugv437cSkf

This snippet proving its other networks as well. https://t.co/O7PiVe6NYA

Buck then, as he often does, tried to have a little fun with the situation.

Only if it’s from The Brady Bunch. If Sherwood Schwartz signs off on it I’m good. https://t.co/IdSXMyhAAN

But soon enough he was back responding to a few comments from fans who still took issue with what he was trying to explain.

Nope. Regarding virtual fans I said “working on”. That’s a far cry from WILL. Check the text in their own story of what I said. It’s amazingly lazy. The headline does not match what’s said in their own text below it. https://t.co/38WTGbqqip

Last one. Cause I want you to understand. The crowd NOISE is different from the VISUAL of virtual fans. It’s two different things. The headline said FOX would add both. The second is being worked on. Hope u have a good day! But I’m glad you get what “they’ll” means. https://t.co/vX5Vep2BVn