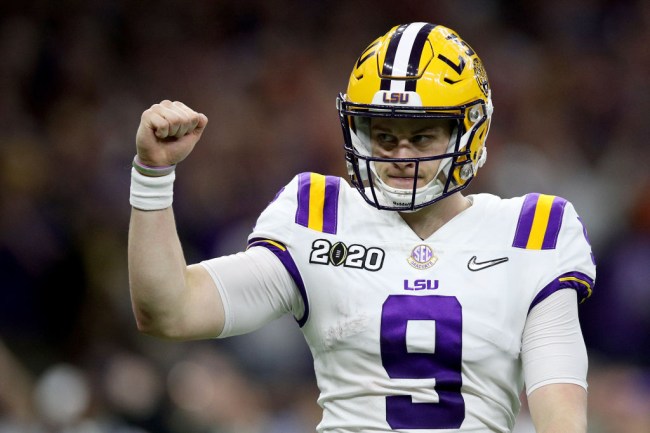 The LSU Tigers showed a fair amount of promise heading into the previous college football season but it’s safe to say no one expected them to dominate like they did when they won a national championship thanks in no small part to the efforts of quarterback Joe Burrow.

Burrow wasn’t even in the Heisman Trophy discussion before the year kicked off but helped one bettor turn $50 into $10,000 on his way to getting 93.8% of the vote to secure the award and his performance made him the obvious frontrunner to become the first pick in this year’s NFL Draft.

While the common consensus last year was that the Dolphins were poised to go into full tank mode in an attempt to secure the top pick (back when Tua Tagovailoa was viewed as the likely candidate to go first before he suffered a hip injury), they were ultimately outplayed by the Bengals, who benched Andy Dalton and ultimately finished at the bottom of the standings.

Given the quarterback situation in Cincinnati, it seems like it’s a foregone conclusion that Burrow will find himself in the land of Skyline Chili when everything is said and done. However, there have been rumors that he might not be incredibly thrilled about the idea of playing there and former No. 1 pick Steve Bartkowski went as far as to suggest he should pull an Eli Manning and demand a trade if he’s indeed scooped up first.

Last month, Burrow’s father was asked about that hypothetical scenario but said he was confident his son would happily play for the Bengals if given the opportunity, and now, it looks like we can put the rumors to bed based on what the former Tiger had to say at the combine the day after the world discovered he has hands about has tiny as the guy in that old Burger King commercial.

After being asked if he had reservations about playing in Cincy, Burrow confirmed he was down while lightly scolding the media for the seemingly baseless speculation concerning his thought process.

Joe Burrow said he'd play in Cincinnati if they drafted him. pic.twitter.com/u4JHIPZGCG

So much for the idea of Joe Burrow not wanting to play for the Bengals.

Joe Burrow on the speculation that he did not want to play in Cincinnati: “You guys (in the media) kind of took that narrative and ran with it. There has never been anything like that from my end.”