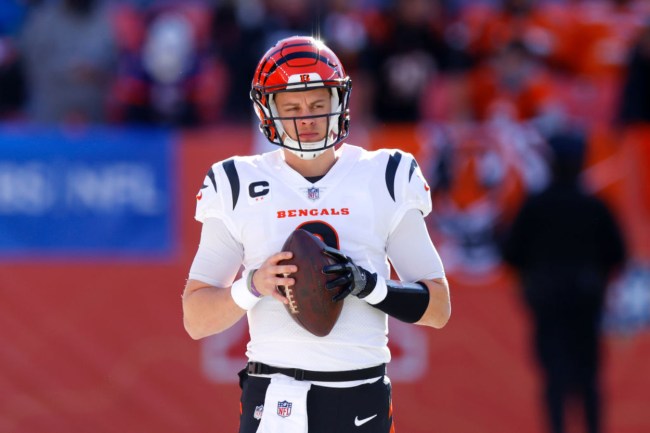 Joe Burrow had himself a day against the Ravens. The second-year QB threw for a Bengals record 525 yards and four touchdowns en route to a 41-21 win over Baltimore.

The Bengals carried a 34-14 lead into the fourth quarter, but head coach Zac Taylor continued to call passing plays late in the game. While Baltimore fans surely didn’t appreciate seeing its divisional rival run up the score, Burrow certainly enjoyed doing so. He didn’t feel bad whatsoever for continuing to pass the ball well into the fourth quarter.

“This is the NFL,” Burrow explained after the game. “This isn’t peewee, this isn’t high school where you go out and run up the score. You play until the final whistle. I don’t care what the score is. We’ve been in spots where teams go out and do that to us. They did it to us last year. No sympathy from me.”

There’s absolutely nothing wrong with anything Burrow said here. Plus, he’s right, the Ravens beat up on the Bengals 27-3 and 38-3 in their two meetings a year ago. Burrow and the Bengals had Baltimore circled on its schedule this year, as they always do, and have now won both regular-season meetings by a combined score of 82-38.

Burrow threw for 941 yards, seven touchdowns, and just one interception during Cincinnati’s blowout wins over Baltimore this year.

While the Ravens didn’t comment about the Bengals running the score up, head coach John Harbaugh was certainly frustrated after the whipping his team took.

“They call their plays, we call our plays,” Harbaugh said.

Burrow may have taken a jab at the city of Cincinnati last week, calling it boring, but it’s safe to say Bengals fans have forgotten all about that following his latest performance against the Ravens.