Joe Mixon Is Already Putting A Target On The Bengals’ Back, Says They’re The ‘Hottest Thing’ In The NFL 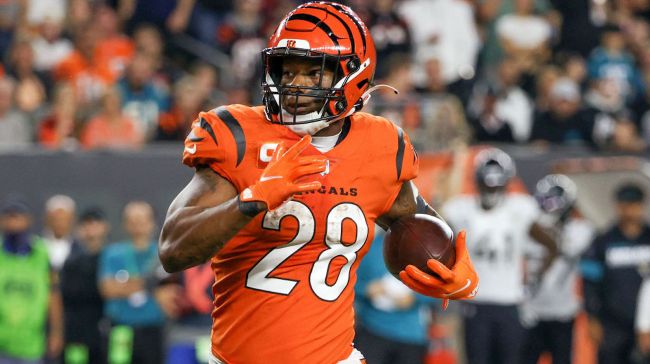 Despite the fact that they just reached the Super Bowl as AFC champions, the Cincinnati Bengals aren’t one of the favorites to return to the big game this year, as their current betting odds are greater than the likes of the Buffalo Bills, Tampa Bay Bucs, Kansas City Chiefs, Green Bay Packers, Los Angeles Rams, Los Angeles Chargers, San Francisco 49ers, Denver Broncs, AND the Dallas Cowboys. THE COWBOYS! As Stephen A. Smith would say, “THE DISRESPECT!!!”

While the bookies may not be all too hot on the Bengals these days, running back Joe Mixon certainly is, as he recently said that he, MVP candidate Joe Burrow, and the Cincinnati Bengals will be the “hottest thing smoking” in the NFL this season.

“We was obviously there,” Mixon said. “We went there. We actually put on a hell of a showing. To be honest, I feel like we might be the hottest thing smoking in the NFL on Sundays. With the talent we got and who we added onto this year, I feel like we’re bound to have a hell of a season. The best thing about it is we’ve been there before and we know how to get there. We just gotta stick to the basics, one week at a time and that’s what’s gonna happen.” [via Pro Football Talk]

While the NFL, and the AFC in particular, may be absolutely stacked this year, as long as Joe Burrow continues to grow into an MVP-caliber signal-caller, the Bengals will virtually always contend.