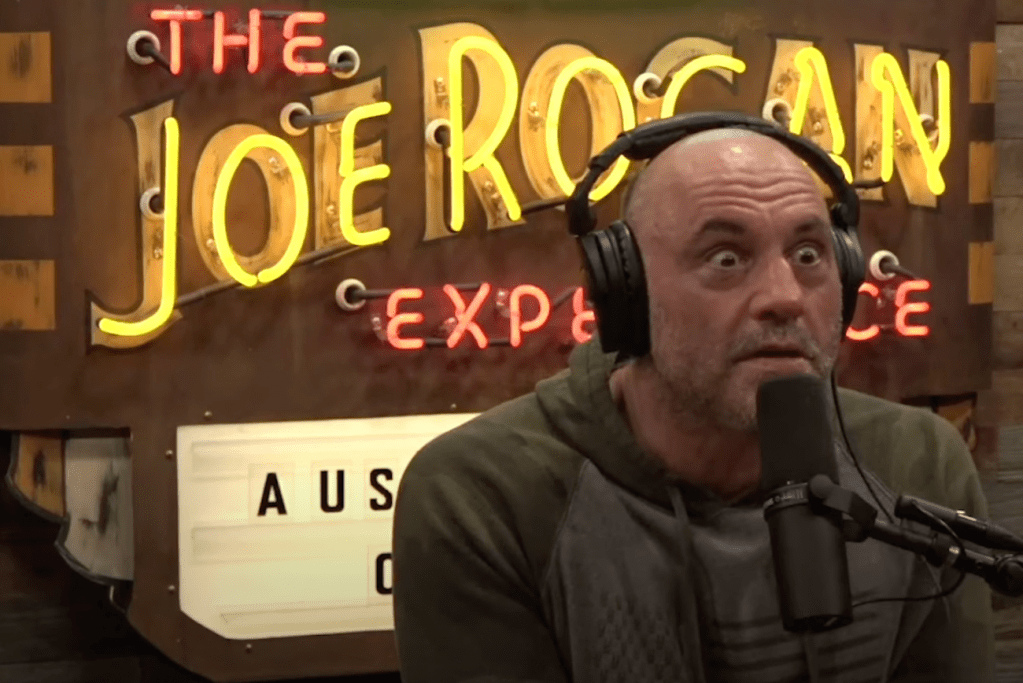 While we don’t know who he will fight, Jake Paul announced this week that his next fight in the boxing ring will take place on August 13th this Summer. Jake is currently 5-0 as a boxer including a knockout against Tyron Woodley on December 18, 2021 in Tampa, Florida.

In the segment below, Joe Rogan and his guest Radio discuss Jake Paul’s legitimacy as a boxer. They break down how they believe Jake Paul would do against a real, fully established fighter. And some of the points that Joe Rogan makes here are great.

We as Boxing/MMA fans look at Jake through a different lens than we look at other fighters. But if we take a step back and just look at his body of work thus far and compare it to other up and coming boxers then it’s clear that Jake Paul has the chance to be that dude one day. I’ve typed out the full segment below if you’d rather read than watch the video. Either way, here’s what Joe Rogan has to say about Jake Paul as a boxer.

Joe Rogan: “The conversation he had with Eddie Hearn where he said “I will knock out anyone of your guys that has under ten fights.” He goes ‘whoever you want to have. Bring me any guy that (has) under ten fights.’ You can see Eddie Hearn like ‘s–t’. He’s kind of stuck there.”

Joe Rogan: “Yup, because those guys (with) under ten fights… Like, what if Jake Paul knocks one of them out? Like, what if you get a guy who hasn’t been tested. And maybe has some promise. And maybe gets wrapped up in the hype. And maybe (he) gets a little nervous. And this is his first chance at the big, big show.”

AND Jake Paul can crack. One-hundred percent. That knockout of Tyron Woodley is legit as f–k. He can crack.

Radio Rahim: “Okay, but Eddie’s point in that interview and I think the point that just about every boxing aficionado would say is that Tyron Woodley is not a boxer.”

Radio Rahim: “Agreed. And to your point, I saw people in Boxing when it seemed like that fight was actually going to happen start hedging their bets with ‘well, Fury isn’t this’ and ‘Tommy isn’t that’. I don’t buy any of that. Tommy is absolutely a legitimate Boxing opponent for Jake Paul.”

Joe Rogan: “Entertain this perspective, if Jake Paul wasn’t Jake Paul, if he wasn’t this YouTube guy and he was just a boxer, and you see a boxer knock out the former UFC welterweight champion. And not just ‘the former’ but one of the best ever, and knock him out with one punch like that. Like ‘oh man, have you seen this Jake Paul dude coming up? He’s f–king for real.’

Because nothing about watching him fight to me screams like he’s in over his head, nothing. He looks like a real boxer. He looks like a real boxer, he doesn’t look like a guy who’s attempting boxing. That’s the difference. The feints, the foot movement, the way he lands shots. He fights like a boxer, he doesn’t fight like a guy who is trying to box in a celebrity boxing match.

Radio Rahim: “Okay so there’s two points to be made here. First of all, if a guy in his pro debut and in the first five fights of his career is knocking out people whose names we know. You are absolutely right. That person is going to get a huge amount of attention and everybody’s going to be like ‘wow, who the f–k is this guy?’

But also, a guy who is on the track to be somebody who has like potential from the Olympics or has a great amateur record and we’re going to turn this guy into somebody. In their first fights, they’re fighting guys who are like 5-and-27. They aren’t fighting other debut opponents who don’t have a great trajectory in front of them. They’re fighting tomato cans, bums, just completely not competitive opponents and that’s fine.

So when we expect a Jake Paul to be fighting higher level competition it’s not because he has under 10 fights it’s because he talks A LOT of s–t.”

Joe Rogan: “Yes but that’s also why we’re talking about him.”

Radio Rahim: “And that’s exactly true but I think on both sides of the equation we’ve got to admit that a young fighter under five fights isn’t fighting great competition. So if you’re calling Jake Paul a legitimate boxer and then expecting him to do what legitimate boxers do I’m not sure he’s not doing that and probably more.”

Joe Rogan: “That’s what I’m saying about the knockout of Tyron Woodley. If there was just a regular boxer who was coming up… And what does he have, six fights? Five fights? Something like that right. (Rogan checking the actual number of fights…) Now anybody who had just five fights was like doing small cards and then knocks out Tyron Woodley… Tyron Woodley says ‘I’m going to try Boxing’ and then some guy starches him with one punch and talks mad s–t, (I’d be like) ‘wow that guy’s hot.'”

Radio Rahim: “Right, but a 5-0 fighter who has knocked out five guys isn’t saying ‘I’m ready for Canelo.’ Like no guy …

But you do if you’re crazy and you just talk a lot of s–t. It’s not like Canelo is waiting to fight him. Canelo’s got a lot of things he’s doing. He doesn’t have any time to be waiting around on Jake Paul. He’s not really going to fight him. He’s going to fight Golovkin in the rematch if he beats Bivol, he’s got things lined up.”

Here’s that clip if you’d rather watch than read:

Fury would work him, right? Right???