Joe Rogan Picks Jon Jones, Not Khabib, As The GOAT Of MMA, Explains Why 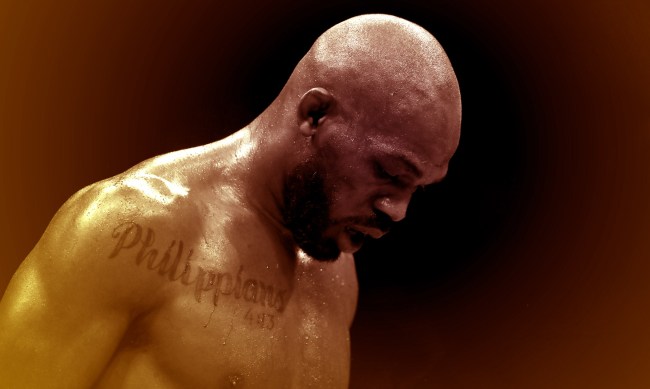 Anytime someone tries to pick the Greatest of All Time, or GOAT, in any sport there are going to be folks who disagree. (Except in the NBA where Michael Jordan is obviously the GOAT. Don’t @ me.) So, when UFC President Dana White called Khabib Nurmagomedov the GOAT following his win to move to 29-0 in his MMA career at UFC 254, you guessed it, there were people who disagreed.

Most notably, two-time UFC light heavyweight champion Jon Jones was one of those who disagreed. Strongly.

For what it’s worth, our very own MMA expert Dan Shapiro still believes recently retired Anderson Silva is the GOAT.

Someone else with deep knowledge of mixed martial arts is longtime UFC broadcaster Joe Rogan, who this week on his MMA show discussed why he also thinks Jon Jones is the MMA GOAT and not Khabib as Dana White believes.

“That is the argument right, like who is the GOAT?” said Rogan on The JRE MMA Show. “I think if you look at Jon Jones’s early career, Jon Jones wins the title early in his career, in 2011 and from then on has fought more fights as championship fights than any other fights. So he’s the most accomplished for sure.

“Wins the title, youngest guy to ever win the title in the UFC, beats Mauricio ‘Shogun’ Rua who’s a legend, then the way he dominates all these other fighters… up until he gets to Alexander Gustafsson you can make the argument that he had a similar career. You could make the argument.

“If you look at what he did. Jon didn’t lose any rounds, Jon was smashing people. Look at what he did to Rashad Evans, look what he did to Rampage Jackson, look at what he did to Lyoto Machida. Everybody he fought, up until the Gustafsson fight. But the Gustafsson, you have to say, how much slack do you give him for admittedly not training? Because it was a really close fight. He pulls it out in the championship round even though he’s out of shape even though, talk to Greg Jackson, he didn’t train for that fight. Didn’t f**king train, barely worked out, but definitely didn’t go through a
training camp still managed to beat one of the best guys in the division after getting taken down for the first time in his career.

“Then, goes on a tear. You look at the way he beat Daniel Cormier in the first fight. Took him down, like who the f**k takes Daniel Cormier down, right? Then you look at the second fight, even though it was ruled a no contest we know what the f**k happened. He head kicked him and stopped him. It was spectacular.”

All good and valid points.

Rogan does go on to discuss Khabib and give him credit for the fact that he probably lost a grand total of two rounds in 29 fights and never got cut or knocked down, which when you look at it that way… yeah, there is no wrong answer here.

Are we allowed to have two GOATs?