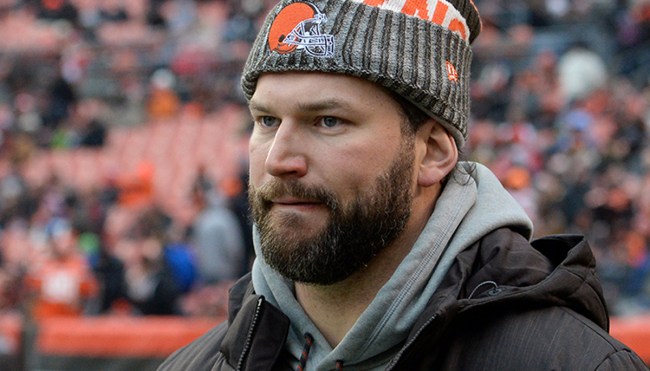 Nobody really expected the Pittsburgh Steelers to put up much of a fight when they faced off against the Chiefs on Sunday, and anyone who picked Kansas City to cover the spread didn’t have to worry too much over the course of a blowout that resulted in Arrowhead Stadium running out of celebratory fireworks.

Ben Roethlisberger acknowledged the reality of Pittsburgh’s underdog status in the week leading up to what will likely be the final game of his career, and while Chiefs fans had reason to celebrate following the victory, it wasn’t exactly a prime occasion for gloating when you consider the overwhelming odds they were given heading into the contest.

—Ben Roethlisberger on the Steelers' playoff game vs. the Chiefs

However, that didn’t stop former Cleveland Browns tackle Joe Thomas from hopping on Twitter to chirp the Steelers over their elimination following the loss.

Unfortunately, there was one slight problem: as you may know, Thomas didn’t make the playoffs over the course of his 11-year NFL career—a span that saw the Steelers finish atop the AFC North six times and Cleveland treat its tortured supporters to one of the most atrocious stretches in the history of the league.

As you’d expect, plenty of people were more than happy to remind Thomas about that reality.

Did you ever get one of those? No https://t.co/9WqA8I8QgO

In Joe Thomas' rookie season, the Browns were 10-6. They were never better than 7-9 throughout the rest of his career. Were 1-31 in his final two seasons.

Joe Thomas and you…yes YOU reading this at home. You both have the same about of playoff wins as this guy! (Zero) https://t.co/x7IeGSjlwc

The @browns haven’t been in a relevant playoff game since Jesus broke bread…pic.twitter.com/V0UuCPkOQH https://t.co/Eaq6ImKkvL

Well, it was the #Browns who helped them get there… https://t.co/Mc5Q34o3yy

I’m not sure what Thomas was expecting, but he set himself up for all of those (and many, many more).