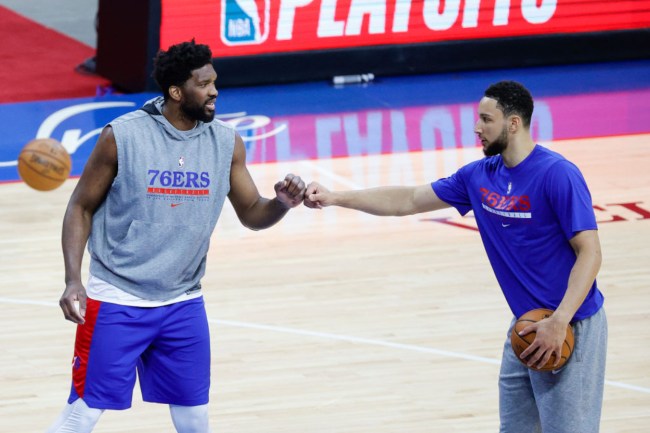 The Ben Simmons era in Philadelphia is over but given just how unique things ended between the guard and the 76ers, we’re still hearing new details about the split.

It’s well known that the Sixers did their best in trying to please Simmons and have him return to the team. It turns out those efforts included Joel Embiid “chasing” the guard trying to convince him to stay.

The Sixers’ big man recently sat down with ESPN’s Malika Andrews and revealed that he did try to get Simmons to return to the Sixers before he was dealt to the Brooklyn Nets.

“A week or two before the trade deadline,” Embiid said when asked when the last time he and Simmons spoke to one another. “He’s a great player and I think whatever he’s gonna add to Brooklyn is going to take them another level, too.

“I did a lot of chasing around. Try to get him back and try to make him feel comfortable again. It was tough. I didn’t care anymore.”

“I did a lot of chasing around trying to get him back and try to make him feel comfortable again. It was tough. I didn’t care anymore.”

Embiid’s admission about speaking to Simmons as recently as one week before the trade deadline is interesting. One might have assumed that Embiid would’ve given up on Simmons well before then given the fact that the guard has been sitting out the entire season.

Simmons made it clear he wanted nothing to do with Philadelphia. Embiid claiming he was still willing to work with him shows just what Embiid thinks of Simmons as a player.

All parties involved – Simmons, Embiid, and James Harden – seem happy in their new roles. It would be classic to see the Nets and Sixers meet up in the postseason after all the drama that’s taken place.