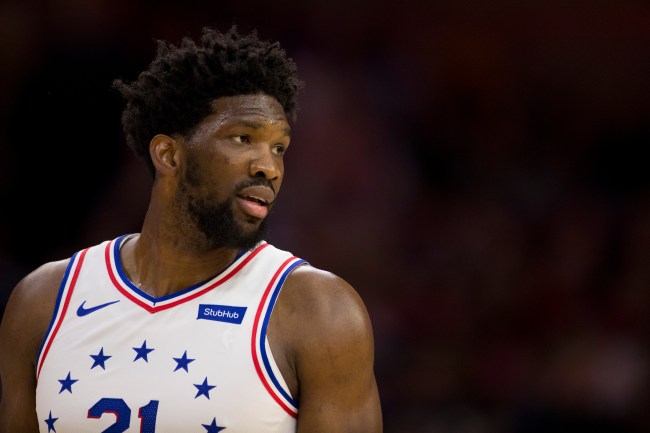 Joel Embiid of the Philadelphia 76ers is a man of the people — well, at least he was tonight during his team’s game against the Washington Wizards. That’s because the All-Star center didn’t just sign autographs, share some laughs with fans or give away game worn memorabilia, no, Embiid joined the crowd by taking a seat while the game was still going on to take in some of the action.

I’m honestly speechless, but, hey, Joel Embiid has shown that he’ll do pretty much anything he wants to at anytime, so this shouldn’t come as too big of a surprise to see. But, still, a team’s best player taking a seat while his teammates are out on the floor isn’t the norm, so wonder what the big man was thinking here.

While I’ve got no damn clue the context of this, when you listen to the video, it sounds as if the Sixers were down at the other end shooting free throws, and then call a timeout — which promoted Joel Embiid to give back the seat in the crowd to the kid he stole it from. Anyone have any info to add to this? I need to know!

I doubt this triggers any other superstars doing something similar, but, for all you other athletes out there, the bar has officially been raised when it comes to interacting with fans now. You can thank Joel Embiid for that.