It Didn’t Take Long For Joel Embiid To Rip No. 1 Pick Deandre Ayton On Twitter 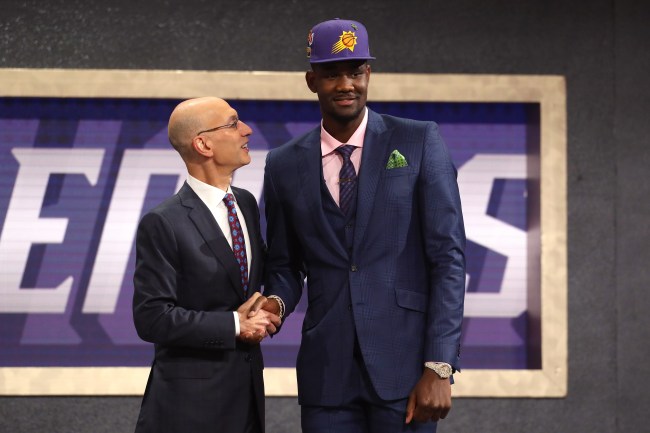 Joel Embiid is the new generation of NBA player whose sole medium for shit-talking is behind a computer screen. The Sixers center seems like the big teddy bear type, the kind who isn’t above a night being little spoon, but when he gets those Twitter fingers going, he is your keyboard warrior Kevin Garnett. Embiid has even admitted that his motivation for playing well is so that he can talk shit on social media after.

The 24-year-old All-Star looks to have made another NBA nemesis before the dude has even put on a professional jersey. After the Phoenix Suns selected University of Arizona big man Deandre Ayton with the No. 1 overall pick in Thursday’s NBA draft, Embiid wanted no part of the comparisons analysts made between the two.

Don’t compare Ayton to me either… I play DEFENSE

Embiid ain’t wrong–if there’s once knock against the Pac-12 Player of the Year it’s his defense. And if anyone team needs help with defending, it’s the Suns–as they ranked last in Defensive Rating (110.6), 26th in opponent field goal percentage (47.1) and opponent 3-point percentage (37.3) and 21st in total blocks (370), according to NBA.com.

For now, Ayton will have to defend himself against the NBA’s most vicious trolls…

Embiid earned an All-Defensive selection last season and is a finalist for the 2018 Kia Defensive Player of the Year. But the dude saw limited minutes and looked GASSED in some stretches during the Celtics series. Lest we not forget…