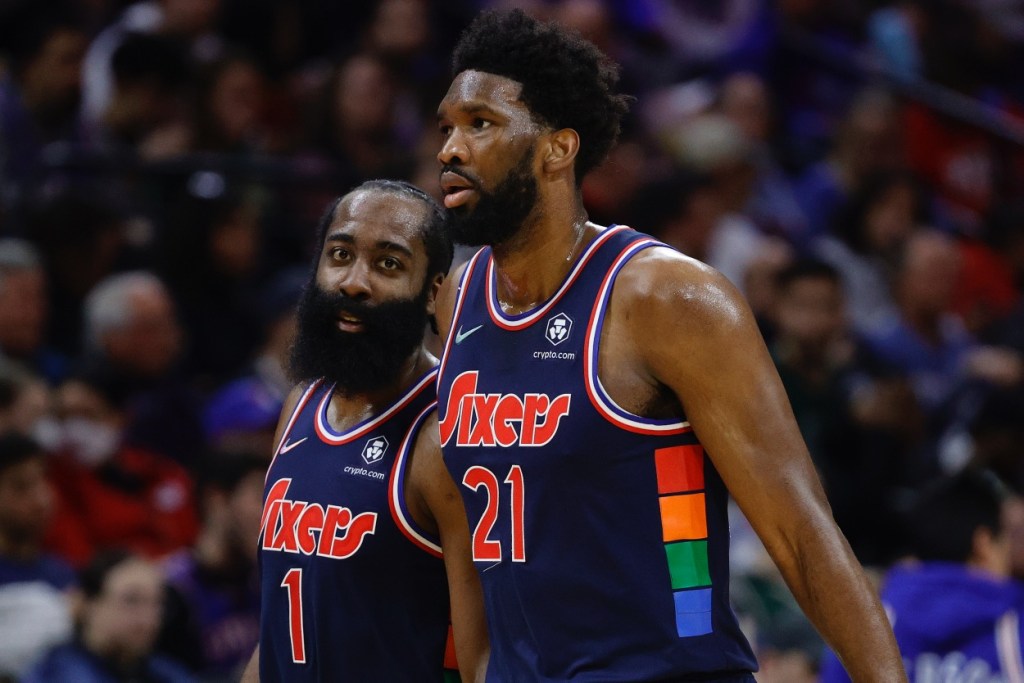 Philadelphia 76ers big man Joel Embiid is in the midst of an NBA-caliber season. He’s currently the favorite (-200) to win the NBA’s coveted MVP award with only Nikola Jokic within striking distance (+150) according to the oddsmakers.

The Sixers are currently 4th in the Eastern Conference and just 1.5 games back from the first-place Miami Heat. There are only 4.5 games separating the top six teams in the East, it’s TIGHT this year. That success of the Philadelphia 76ers has been driven hugely by Joel Embiid and it was arguably hampered by the mere existence of Ben Simmons.

Simmons didn’t play a single game for Philly this season before being traded to the Brooklyn Nets for James Harden. But his presence was everywhere the Sixers went. The active players, including Joel Embiid, were constantly hammered with questions about Ben Simmons.

Speaking with Sam Amick of The Athletic, Joel Embiid opened up about the toll the Ben Simmons saga had on himself and his Philadelphia 76ers teammates. Embiid says he doesn’t have ‘any hard feelings’ towards Ben but his explanation of the situation sure seems like something Simmons would want to read about.

Sam Amick of The Athletic: “So before the game, Joel, (Sixers coach) Doc (Rivers) was talking about your MVP candidacy and the idea that the way you led this whole group during (the Simmons saga) should be a major factor. It made me wonder how you look back on it all. All season long. I’m watching you from the outside looking in and was really curious about how in the hell you kept your head. Seriously, how did you do it?”

Joel Embiid: “It was a tough situation to navigate and go through (with Simmons). Even to this day, I don’t have any hard feelings towards everything that happened. But being in my position, having to answer questions about that whole thing every single day, it was kind of draining.”

“And I’m sure it was draining for my Sixers teammates. So the drama was pretty crazy, but my whole thing going into the season was to come in and try to be a better leader. In the past, I was trying to lead on the court, by my play, and I was never really focused on off the court and what I could bring to the table.”

“So, you know, I knew the situation we were in, and I didn’t know what was going to happen, so I had to make sure that I brought it off the court and on the court. On the court, just try to play at an even higher level than I did last year.”

“The knock on me was last year that I wasn’t healthy enough. So to come back, take another step (with his play), and then also stay on the floor for the Sixers, that was a big goal for me. When you look at this year, sure it looks like I missed, what, 12 games or whatever. But nine of them were due to COVID and all that stuff. So I’m really happy, and I’m excited for myself.”

The Sixers star talks MVP, why he chose to trust Daryl Morey, the Ben Simmons saga, his relationship with James Harden, and their future together

There’s a LOT of information to digest in that Q&A above. You can click through on that tweet to read the full Q&A over on The Athletic. Embiid saying “we’ve got a long way to go” is certainly intriguing. The Phoenix Suns are the currents odds favorite to win the NBA Championship this season at +300 followed by the Nets at +550.

The Sixers are +1000 right now to take the title. They’re not thaaaaaat far off from putting a banner in the rafters, are they?