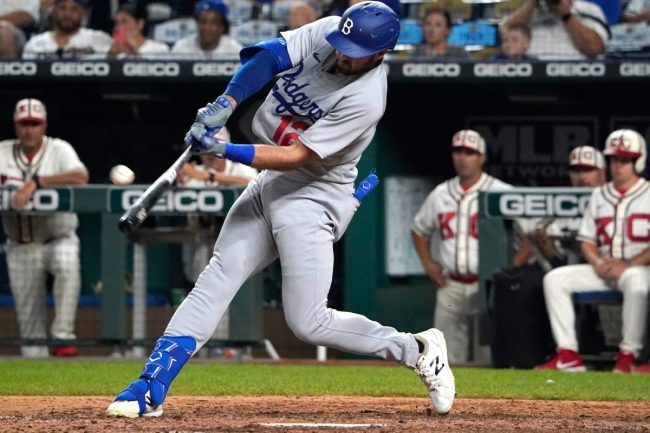 The Yankees have been cursed since trading left-handed slugger Joey Gallo to the Dodgers at the deadline.

Back on August 2, Los Angeles scooped up the power hitter, who was batting a measly .159 at the time of the acquisition. With the Yankees, Gallo had struck out in nearly half of his at-bats (106/223), and he was beginning to see the New York fans turn on him. Gallo was losing confidence and motivation after being berated night after night in the Big Apple.

But since arriving on the West Coast, things have turned.

The lefty is still striking out at an unbelievable rate (10 Ks in 23 ABs), but he’s seen that average rise. Gallo is hitting .261 in Los Angeles, a stunning .102 points better than with his previous club. He’s also smacked three homers, quickly becoming a crowd favorite among Dodger fans.

But even more than the slugger’s production is the direction of these two baseball teams since the deal was made.

Since August 2nd when the Yankees traded the hitter their fans had come to hate, New York is just 2-11. They’ve fallen out of the top spot in the American League and continue to lose ground on AL East lead that had been built during a dominant first half of the year.

The Dodgers, meanwhile, won their first 10 games with Gallo on the roster and have gone 11-2 since acquiring the former All-Star. It has many believing that the Joey Gallo Curse is real, and that the Yankees may not be able to overcome the negative energy as the second half of the slate continues.

After the way that fans treated Gallo, maybe the Yankees deserve it.

The curse of Joey Gallo https://t.co/OLKClHUmdL

The Curse of Joey Gallo is incredible to watch unfold. pic.twitter.com/t94vToLYI8

I’m convinced Joey Gallo put a curse on the Yankees when he left.

It’s a sad day for the Yankees. The Joey Gallo curse. 😂😂😂 https://t.co/zEWsao5utC

It’s been a tough couple of weeks for the Yankees without Gallo on the roster. We’ll see if they snap out of it, or if the curse continues to haunt them through the postseason.