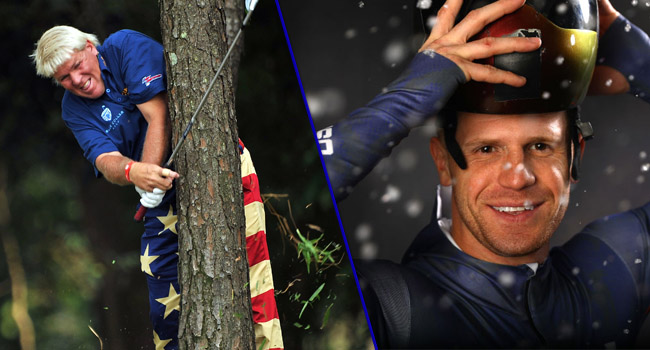 Golfer John Daly, who definitely loves ‘Murica (just look at those pants – or don’t if you got mad at Shaun White), wished his counterpart in name, Team USA skeleton athlete John Daly, good luck in his event on Twitter.

The fact that there is a John Daly competing in the Winter Olympics was just too good an opportunity for Long John, who already showed he is fired up for the Olympics, to pass up on saying something.

ESPECIALLY, when you throw in the fact that Team USA’s John Daly said he might be able to out-drink golfer John Daly.

Did you know John Daly is at the #Olympics? No, not @PGA_JohnDaly , but @JohnDalyUSA, and the Olympian believes the Former Hog could race the skeleton, he also thinks he could out-drink Long John🍺🍺🍺🍺.#DalyOnDaly#WPS #Fore@PigTrailNation @PatWalkerWX @AustinKellerman pic.twitter.com/c4InFIzUdH

Oh, you silly man. Daly, the golfer, had an A+ response to that idea.

Just prior to that tweet, Daly, the golfer, send Daly, the Olympian his best wishes for success in his event – in true John Daly fashion.

How cool is that for Daly, the Olympian?

Daly, you know which one by now, thanked him for his support.

Thanks for clearing that up. Storm knocked out my satellite TV right as I heard John Daly is up next….

My husband walked in the room as #skeleton John Daly was starting his run and said, John Daly? He sure has slimmed down. 🤣 #Olympics #GoJohnDalys #GoUSA