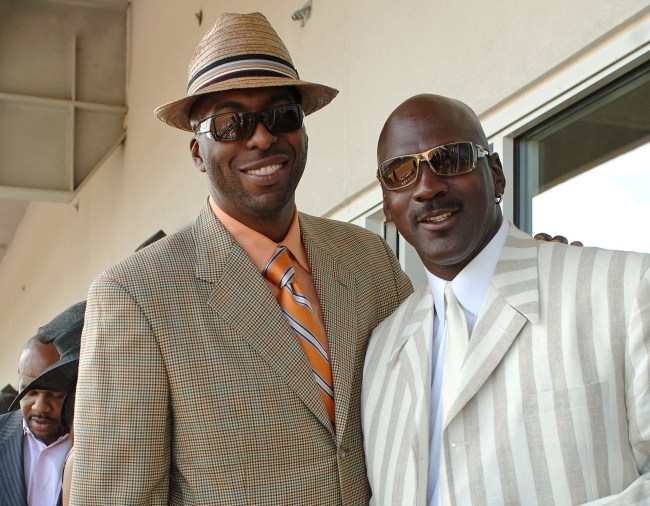 John Salley and his Detroit Pistons sure had some battles with Michael Jordan, Charles Oakley and the Chicago Bulls back in the day, didn’t they? As we all know — even those who aren’t necessarily diehard basketball historians — Detroit was a longtime nemesis of Jordan and the Bulls, with the GOAT initially unable to get by the “Bad Boy” Pistons of the late-80s in the NBA Playoffs, as the team beat up MJ to the point where they nicknamed the defensive strategy “The Jordan Rules.”

Essentially, anytime Michael Jordan was about to take flight and put up a shot, John Salley and his Pistons teammates clobbered him, making sure he stayed grounded (and bruised) to try to beat him up physically and mentally. The strategy initially worked, but, eventually, Jordan led the Bulls to the NBA Finals in 1991 by beating Detroit in the Eastern Conference Finals, ending Detroit’s run as back-to-back NBA champs.

The rivalry is apparently a big part of the upcoming episodes of The Last Dance, the ESPN documentary on Jordan and the Bulls, which debuted April 19. And, while fans will get a more detailed description of how deep the rivalry between the Detroit and Chicago was back then, John Salley offered a little teaser as to the shrewd hatred players from both teams still have for one another.

Appearing as a guest on The Dan Le Batard Show Friday morning, Salley detailed a story about one of Jordan’s old teammates during the “Jordan Rules” era, Charles Oakley, actually punching him in the gut and knocking the wind out of him after Salley busted MJ’s balls. Oh, and it didn’t happen at some grungy spot, either, but at the Kentucky Derby, where everyone’s all dolled up and expected to be a little more high brow when in the expensive luxury boxes. Take a look at how the former Pistons forward described it to Le Batard.

“Off to the right is Charles Oakley, who, if you don’t know, is Michael’s security guard forever and didn’t like me.

And out of the blue, Charles Oakley comes and punches me in the stomach. But I mean the way he wanted to hit Dolan. Not the way he was pushing the security guard. He unleashed on me, Dan. And I saw it at the last second and tightened up a little bit. He knocked all the air out of me.

And Dave Chappelle said, “This is the only time I wish I still had my show. This is a scene.”

He’s like, “I don’t like when he talks that stuff to you.” He’s been wanting to hit me since the 80s. But, man, he hit me with everything he could.

I had a suit on, too. And I wasn’t going to stand back up and fight him. I’m a karate man. I bruise on the inside.”

This story’s so great for so many reasons.

If there was any doubt just how deep the hatred between players from the Chicago Bulls and the Detroit Pistons really ran, even 30 years later, this John Salley story quashes that, going on to prove that there’s still no love lost. It’s all pretty wild.