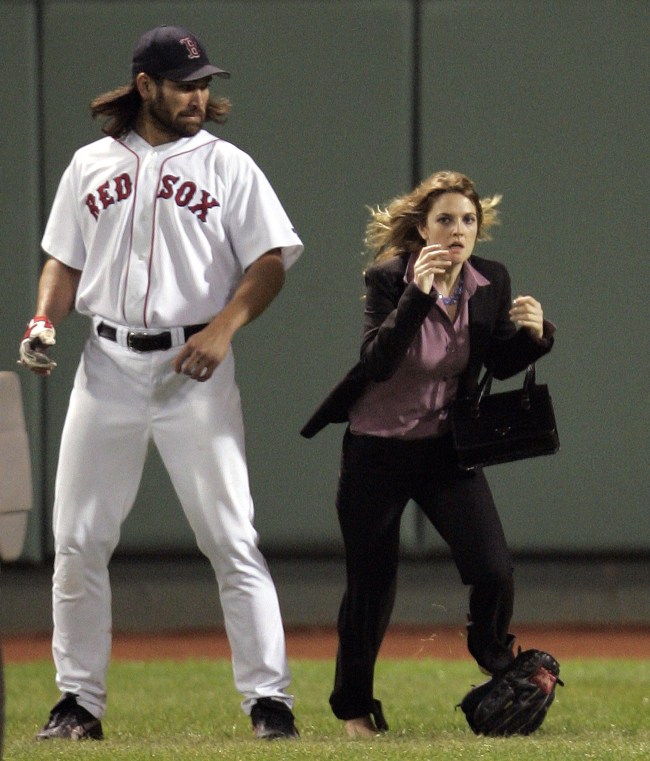 I’ve watched Fever Pitch by The Farrelly Brothers more times than I’d like to admit. It was one of the few comedies I had on DVD back in the day and I’d just toss it on as background noise in college. It was always on.

To this day I have that fan’s voice burned into my mind as she stands up and tells Johnny Damon he has the ‘sweetest ass’ in the league. Something that’s apparently been burned into the memories of just about everyone else who watched that movie, according to Johnny.

In a recent interview with SB Nation Radio’s Jake Asman, Damon said that people haven’t stopped asking him about his sweet ass for the past sixteen years, since Fever Pitch came out. The butt is the legacy that’s been following him around for almost two decades, not his two World Series Championships or his AL Stolen Bases title in the year 2000. It’s the ‘sweet ass’ that follows him everywhere he goes, both literally and figuratively.

Does @JohnnyDamon still have the "sweetest ass" in the league?

I asked him about being in the movie Fever Pitch on the @JakeAsmanShow! pic.twitter.com/QfwVz1Yk4g

Jake Asman of SB Nation Radio asked the former Boston heartthrob on Wednesday about his appearance in the film, during which a female fan catcalls Damon for having the “sweetest ass in the league.”

“People still ask me about my rear end all the time, y’know?” the 46-year-old retired outfielder said. “I’m glad that it’s still looking very good. … Just ask my wife — I mean we have eight kids.”
…
…
…
“Oh man it was so fun,” Damon said. “The fact that they changed the script because — they were going to have the Red Sox lose, but when we ended up winning, they made sure Drew Barrymore and Jimmy Fallon were on the field with us after Game 4 celebrating to make this movie over the top. Just a lot of great memories.” (via NYPost)

As far as legacies go, there are a lot worse ones out there. Getting stopped at a restaurant and asked about your ‘sweet ass’ isn’t ideal if you’ve got eight kids with you out to dinner but it’s a heck of a lot better than being George Brett and constantly asked about the time you shit your pants or being one of the hundreds of MLB players who constantly get asked about steroid use.

To this day, that 2004 ALCS was the most I’ve ever enjoyed the MLB Playoffs and I’m not sure it could ever be that great again. I was raised a Red Sox fans and to see that team turn around a 3-0 deficit for the first time in MLB history and do it against Jeter and the Yankees of all teams, it was as good as it gets. It also made for an incredible climax of Fever Pitch that had to be rewritten and shot because they assumed the Sox were going to lose when they did the movie.