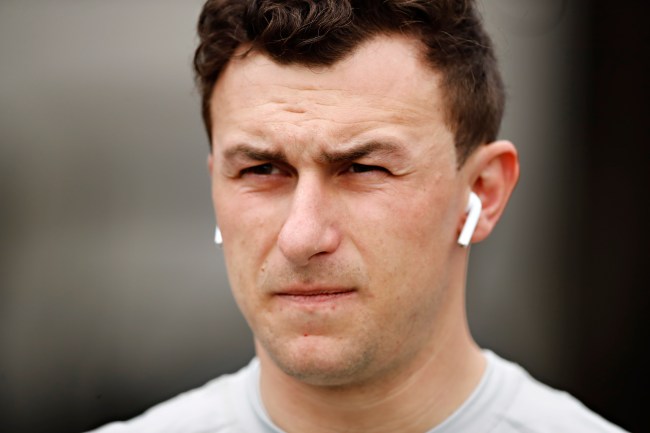 Johnny Manziel once had it all, guys. He was a polarizing football player who became the most popular college student on the planet. He was hanging out with Drake and LeBron James. He won the Heisman Trophy. He gained a cult following. He got drafted in the first round of the NFL Draft. And, sadly, he flopped in a big way, left without a job in football at the age of 26.

Personally, I’ve got a soft spot for the man formerly known as “Johnny Football” since a) I’m a Browns fan, b) nobody likes to see someone fall so hard, and c) because, if we’re being honest, who knows how all this impacts a person mentally.

After being booted from the Canadian Football League earlier this year, Johnny Manziel might still hope that a league comes calling — with reports that the XFL might be interested in him, which seems like a natural fit — but it’s pretty farfetched to think that an NFL team will give the guy another chance. And, while he’s waiting around for yet another opportunity to play football, Manziel is doing a little acting; sort of.

Appearing in a new commercial as a spokesperson for Direct Auto Insurance, Johnny takes a couple tongue-in-cheek jabs at his playing career, while portraying a typical insurance salesperson. Take a look at the video below.

This kind of seems like the perfect role of Johnny Manziel, doesn’t it? Sly and witty, assuming his football days are over, he might just have a career in the insurance industry. And, considering it was the career the GOAT, Tom Brady, once said he was thinking he’d end up doing had he not been drafted into the NFL, maybe Manziel can become the best damn insurance agent in the history of insurance agents?

Manziel’s clearly making the most out of his celebrity — even if it means joking about it in an ad like this — which is a pretty sad fall from grace.