Seeing as how Thomas E. Brady Jr. is now about to play in his SEVENTH Super Bowl, I figured now would be a good time to remind you that, at one point in time, not even Tom Brady thought his future as an NFL superstar was certain. Back in 2014, Brady wrote on Facebook,”Found my old resume! Really thought I was going to need this after the 5th round.” With that caption, he attached this photo. 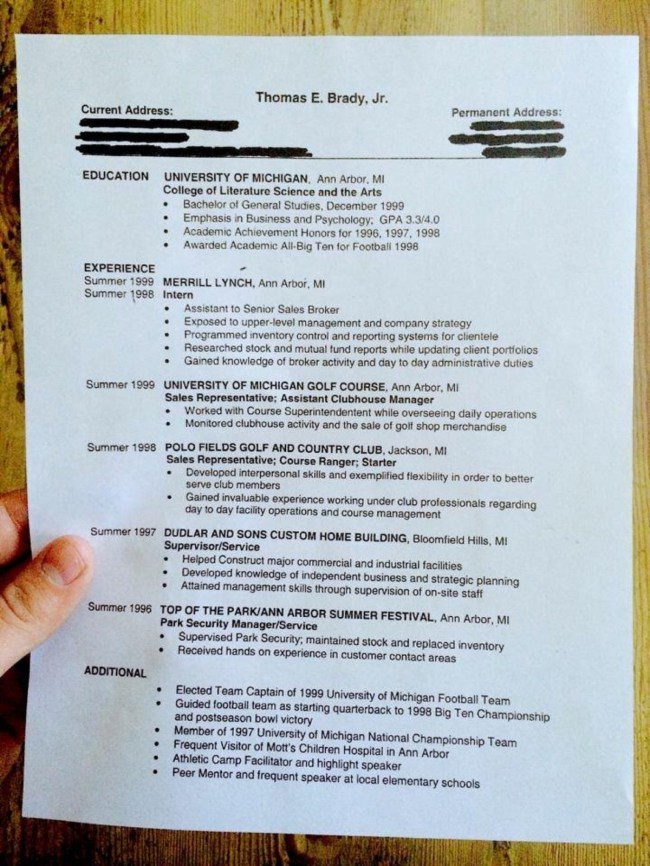 That right there is a fine resume, Tom. And I say that because, aside from him being a big-time college football star, my resume looked very similar. Like Tom, I had a 3.3 GPA in a business major, I worked at a country club most summers, and then, when I finally realized I needed to have a real internship so someone would hire me post-college, I worked one summer for an actual company.  You see, when you strip away all the awesome shit he’s done with his life and all the millions of dollars he’s made, we’re not too different from Tom Brady. That’s pretty comforting to know.