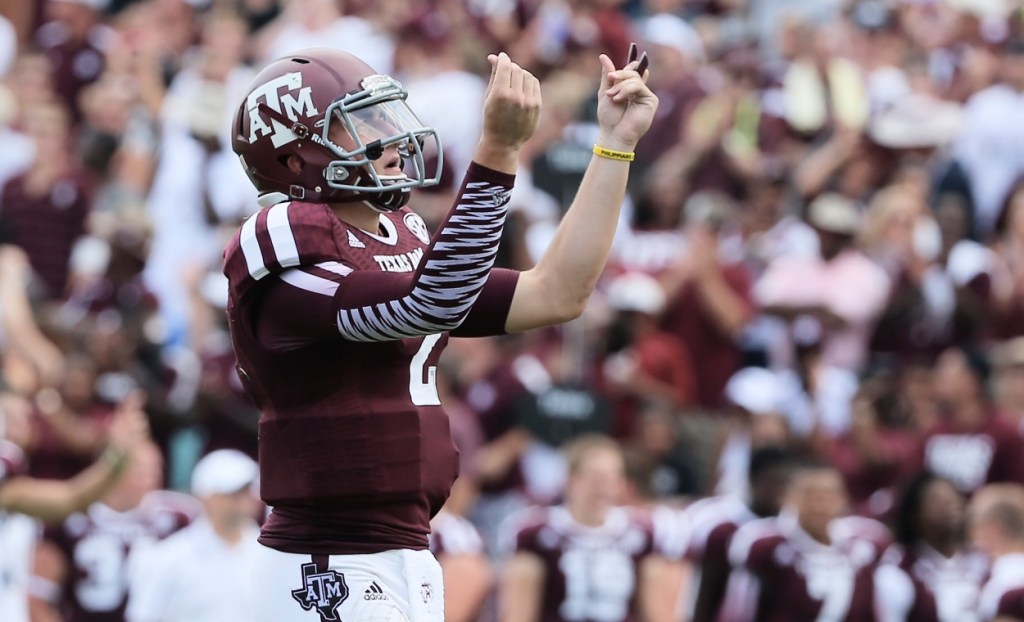 College Football and the NFL were pretty darn fun when Johnny Manziel was slinging passes. But those days are LONG GONE. The last NFL game that Johnny Football played in was on 12/27/2015, a whopping 2284 days ago and counting.

Despite not playing in the NFL long after a successful college football career, Johnny Manziel has remained close to the game of football. Currently, Manziel is part of the Fan Controlled Football League and recently announced he’s coming back for a second season.

Sitting down with TMZ Sports (video + transcript below), Johnny Manziel discussed what kind of playing shape he’s in at the moment. He revealed he has ‘flashes’ of his old self but he’s nothing like he used to be. Then Johnny discussed the possibility of returning to his alma mater and coaching football at Texas A&M in some capacity. Here’s the video with the transcript below if you’d rather read than watch a video…

Is Johnny Manziel Still The Player He Once Was?

TMZ Sports: “You’re still young. If you wanted to Johnny, just to kind of show where your skills are at. Could you get back out there on an NFL field on Sunday and play, are you still that caliber of player and is that what we’re going to see when watch you in the FCF?”

Johnny Manziel: “No. I think, flat out, pretty much, no. I don’t think that I’m the same player that I used to be. I think I still have flashes but I’m looking at what’s next in my life and I want sports and football to be something that is gonna be a mainstay in my life for a long time.

Now, it’s figuring out where exactly that’s gonna be. Whether it’s continuing to work with the FCF or something I’m really interested in as well is going back to Texas A&M and being a part of my school, or the program or whatever it is.

There are some options of what exactly I want to do in the football space moving forward and I’m kind of just letting things come to me. But I’m definitely not the same player I was, maybe a flash here or there. But it’s about the game, about being around the guys, and still having football provide some level of happiness in my life.”

TMZ Sports: “You talked about A&M and you said ‘coaching’ before, is coaching at A&M something that you would like to do going forward? You have all of this football knowledge, obviously, is that something you’re interested in?”

Johnny Manziel: “I’m interested in the game, I’m interested in a lot of options at Texas A&M. You know, I miss my school, I miss College Station, I miss the feeling of those great times that I got to have when I was in college. And our new athletic director at Texas A&M, Ross Bjork, is a beauty of an individual and an awesome person. A guy who has really taken over our school and helped us get into a place I think we want to go to moving forward.

The more I go back to A&M and the more I’m around Jimbo Fisher and that football team the more that I have a desire to go back and be around that in whatever capacity that may be.”

That picture right above is from March 15 and the caption isn’t loading for you, it reads “Just wanna see my school win a Natty.” Texas A&M head coach Jimbo Fisher just locked up the highest-rated recruiting class in College Football history. Jimbo is in the midst of a 10-year, $95 million contract.

If Texas A&M doesn’t win a natty with or without Johnny Manziel it’s hard to fathom how much money would have been wasted over the past several years.