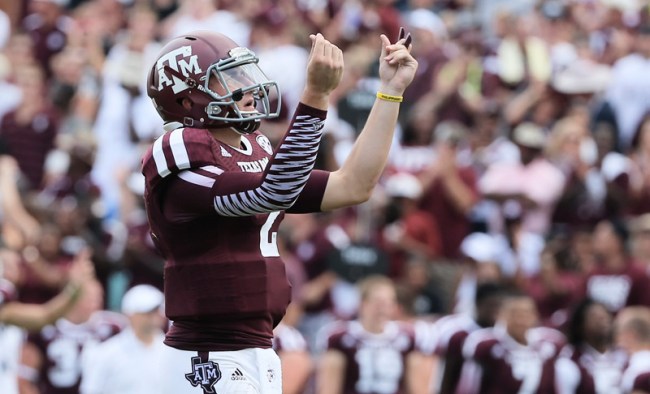 For the past week, former Texas A&M QB Johnny Manziel has been tweeting at potential recruits trying to get them to sign with the Aggies during today’s National Signing Day.

Yo @WakeEmUp9 we could use some of that top flight security in that secondary in College Station. Come see what Aggieland is all about #GigEm

Unfortunately, Manziel was told to tone it down a bit because his interaction with recruits could result in a potential NCAA violation for Texas A&M.

Due to always controversial NCAA rules I will no longer be able to @ any recruits. My apologies…

The NCAA rule on former players/alumni talking to recruits is that it is permissible if the recruit initiates contact, but not the other way around.

NCAA bylaw 13.02.13 (c) states that former players cannot “be assisting or to have been requested (by the athletics department staff) to assist in the recruitment of prospective student-athletes.” This means that contact may only be initiated by prospective players.

The NCAA is always trying to ruin the fun with their silly rules. Hopefully Manziel didn’t get Fisher in trouble with his tweets because that would be some bullshit.