Jon Jones Snaps At Reporter Who Repeatedly Asks Him About Positive Drug Test: ‘You Suck’ 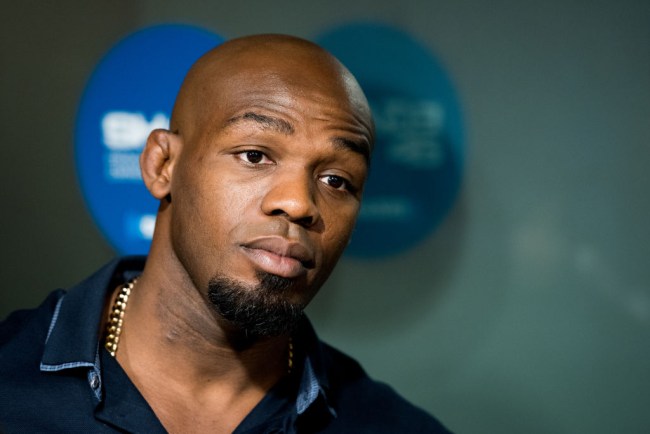 Jon Jones (22-1, 1 NC) has lost nearly two-and-a-half years in the prime of his career and tens of millions of dollars for drug suspensions. The two-time UFC Light Heavyweight Champion and youngest champion in UFC history was suspended for a year in 2016 after USADA ruled a positive drug test came from dick pills, but still punished Jones for negligence. Upon return, Jones was stripped of his third title and his victory over Daniel Cormier was deemed a ‘no contest’ after failing another USADA drug test.

Most recently, in the lead-up to UFC 232 against Alexander Gustafsson, Jones was  found to have a small trace of the banned substance Turinabol in his blood. However, UFC VP of Athlete and Health performance Jeff Novitzky claimed there was “zero evidence” of readmission and that the test likely stems from Jones’ 2017 positive test.

The UFC decided to move the fight from Las Vegas to Los Angeles to avoid having to wait for the Nevada State Athletic Commission to approve the fight given the murky new circumstances.

Jon Jones, who has been fielding cheating questions for a few years now, could not hold back his frustration when a Swedish reporter named Izabelle Kostic attempted to ask Jones about the atypical test findings. To clarify, the ‘picogram’ she’s referring to represents the minuscule amount of a banned steroid metabolite that was found in his system during a Dec. 9 drug test.

What did you make of Jon Jones' behavior towards a reporter who asked about his latest drug-test situation during the #UFC232 press conference?

Jones said during Thursday’s final UFC 232 press conference, in a more even tone:

“In my mind, there is no asterisks. I was afraid there would be asterisks next to my career when I was uneducated, but as I’m learning what this is, I’m mad that this was almost mentioned. It’s invisible, you can’t knowingly take a pictogram. That’s how small it is.”

Whether Jones is at fault here aside, there’s a strong argument to be made that arguably one of the greatest professional fighters of all-time is receiving preferential treatment. Both Tom Lawlor and Frank Mir were suspended for two years when tests discovered less than 20 picograms of Turinabol in their systems, and it was reported that 60 picograms of oral Turinabol metabolite was found in Jones’ system.

This is all just really messy. Only solution is to let them pump themselves up with whatever they want and may the best superhuman win!