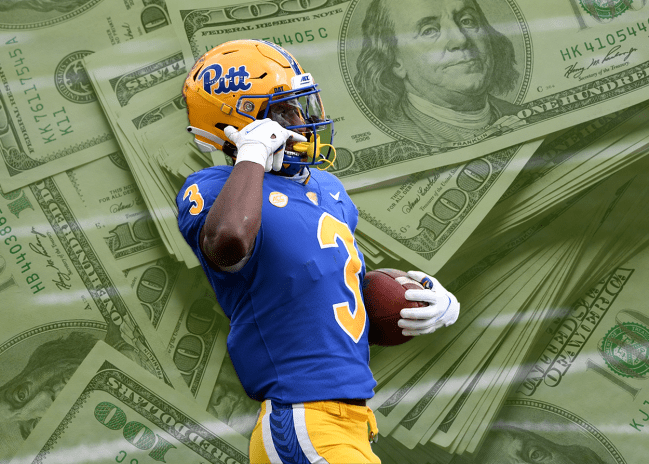 According to multiple reports, Addison is considering a transfer and NIL opportunities are a prominent factor. His quarterback, offensive coordinator and position coach from a year ago are also all gone, which doesn’t help.

Should things go as expected, the 20-year-old, former four-star recruit will be playing at USC this fall.

Addison’s name has yet to be seen in the transfer portal, but Addison had to declare his intention to do so by Sunday if he wants to be eligible for the fall without requesting a waiver. If/when his name appears, Alabama will reportedly be in the mix and a return to Pittsburgh is not out of the question.

However, more than likely, Jordan Addison will end up in Los Angeles at USC.

The Maryland-native has a previously-established relationship with quarterback Caleb Williams and NIL money is very much in play.

According to Pittsburgh sports reporter Mike Vukovcan, Addison has been offered a deal north of $2 million. Although the numbers are not official, Vukovcan says that is “the word.”

In addition, Vukovcan says that this is not the first time Addison has been offered money to transfer. He claims that the reigning Biletnikoff Award winner was offered $800,000 to play for Kentucky after the end of 2021.

While those numbers might seem outrageous, it is well-within the going rate. A five-star recruit in the Class of 2023 received a deal for $8 million, and a four-star receiver and a top-10 defensive lineman both signed for $1 million.

A receiver with two years of experience, who was the best player at his position a year ago, most certainly costs more than a player who has yet to reach the collegiate level. Thus, the $2+ million number is not as eye-popping as it may seem.

Although a player needed to declare his intention to transfer by Sunday, the school has two days to filed the paperwork. Addison’s name could appear in the transfer portal as late as Tuesday night.

Once it does, an expensive bidding war is set to unfold. Stay tuned.