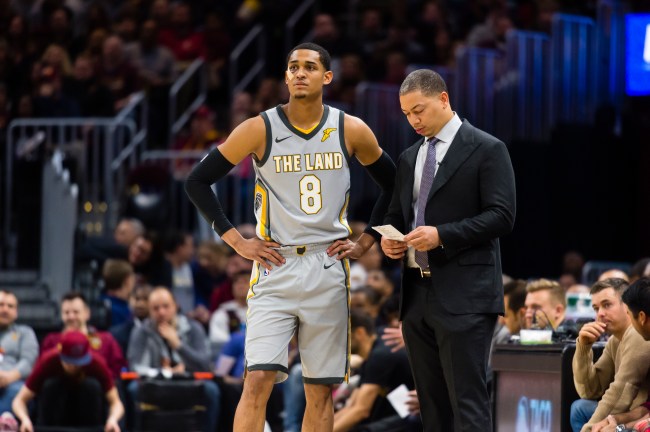 Babies born on the day Allen Iverson disrespected Tyronn Lue’s life by stepping over him after a brutal crosser/jumper combination in Game 1 of the 2001 NBA Finals are legally permitted to attend strip clubs.

Still, with all this time past and Lue transitioning from several different coaching gigs, the seminal NBA moment is still scorched into the fabric of the culture.

Jordan Clarkson, who got traded from the Lakers to the Cavs has spent too much time around J.R. Smith because he’s already picked up his love for getting tattoos and disrespecting coaches.

While the 27-year-old didn’t throw a cup of hot soup at a coach, he did ink the worst professional moment of his ex-coach’s career loud and clear on his leg.

why did i just now realize Jordan Clarkson got the tattoo of AI stepping over his old coach 😟 @WorldWideWob pic.twitter.com/qRBStTq8n2

Just this week, Tyronn Lue was added to Doc Rivers Clippers staff as an assistant coach, so the 42-year-old won’t be plagued with the tattoo on the daily. Still, though, gotta still sting.