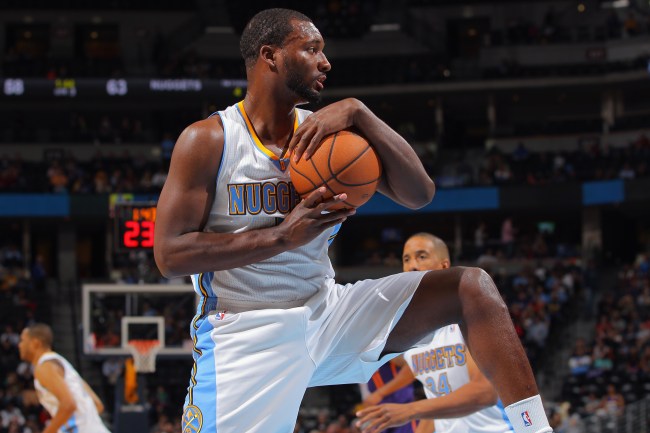 Think about how ear-smoking angry you have to be at someone to hock a loogie in their face.  What would need to be said or done to hit this low? The only acceptable occasion to spit in someone’s face is if they just spit in your face. Any other time, use your goddamn fists like a man goddamnit.

Someone should send this memo to Jordan Hamilton, who plays for Hapoel Holon of the Israeli Premier League. The 27-year-old was the 26th overall pick in the 2011 NBA Draft, (before Jimmy Butler and Isaiah Thomas) and had short stints with the Nuggets, Rockets, Clippers, and Pelicans before taking his talents overseas.

During his team’s most recent game, the University of Texas product lost control of his emotions and did what any of us would do–lick his opponents head before spitting a wad directly into his ear.

THIS IS FLAT OUT GROSS AND UNPROFESSIONAL. EX-NBA FORWARD JORDAN HAMILTON WITH A BRAINLESS GESTURE SPITS ON RIVAL PLAYER. REFS CALL TECH, NO EJECTION. pic.twitter.com/taQjfMNNe8

The refs called a technical foul and didn’t even eject him. Meanwhile, Tristan Thompson got ejected for touching Shaun Livingston on the elbow during Game 1 of the NBA Finals last night. There is no justice in this world.