The Jordan Vs. LeBron GOAT Debate Is Finally Solved And The Answer Is John Paxson 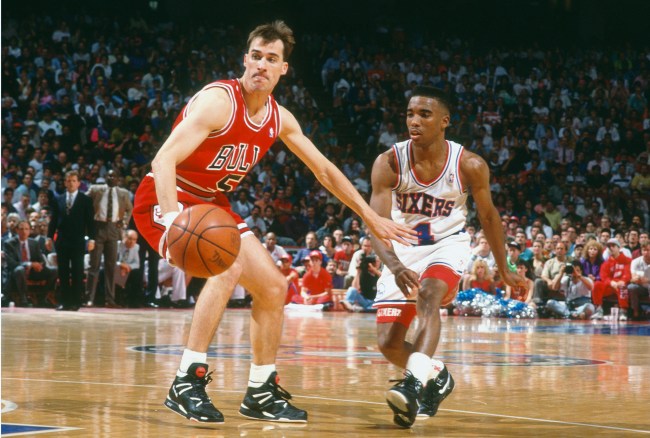 As I rummaged through our Getty Image subscription to find an image to throw at the top of this article, I was validated in my entire reason for writing it.

There are 10 total images of John Paxson, Three-Time NBA Champion, in the entire archive. Ten.

That is why I was forced to use a photo of Pax staring down a routine bounce pass in a meaningless game after evidently getting a haircut from Ray Charles on a waterbed also occupied by Dennis Rodman and Carmen Electra.

Things—as we all know now—should not be this way.

Paxson quietly began writing his case for G.O.A.T. status in the 1991 NBA Finals, dropping 20 and scoring 10 points on 5/5 shooting in the final minutes of the title-clinching game in a series in which he shot a team-high 65% from the floor.

John Paxson came up clutch for the Bulls in the 1991 title clinching game, but my man made it harder on himself than he had to by taking all those long twos! #CmonMan #WorstShotInBasketball pic.twitter.com/DaqQF9nB6a

Michael Jordan then clinched the Bulls first three-peat in 1993 by drilling a game-winning 3-pointer that gave them a 99–98 victory in Game 6.

That was JOHN MOTHERFUCKING PAXSON AKA PACMAN AKA I CAN’T BELIEVE THIS DUDE DOESN’T HAVE AN ACTUAL NICKNAME.

Now before you accuse me of making a mountain out of a molehill, ask yourself how Michael Jordan’s legacy would be affected if Paxson didn’t step on the Lakers throat in 1991 and the Phoenix Suns didn’t violate one of the biggest cardinal sins in basketball: Never Leave The Pastiest Guy On The Floor Open Behind The Arc.

Am I saying that Jordan would have four titles instead of six? That’s above my pay grade. The only thing I will say is that it’s possible, and you know who else has four titles? This fucking guy.

Now look at the below photo. 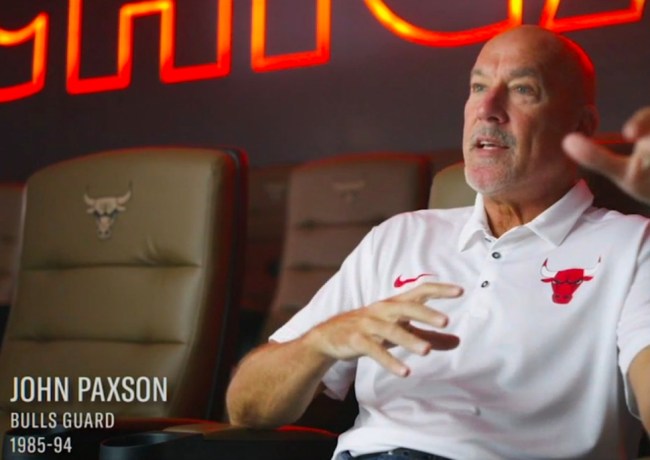 Ask yourself if you saw this man walking down the street before The Last Dance aired, would you think he was arguably the most clutch Bull to ever live or a mid-level police officer in Milwaukee with a drinking problem and a tendency to plant evidence in an attempt to make Chief?

If you thought for a second the latter, then you are part of the problem. 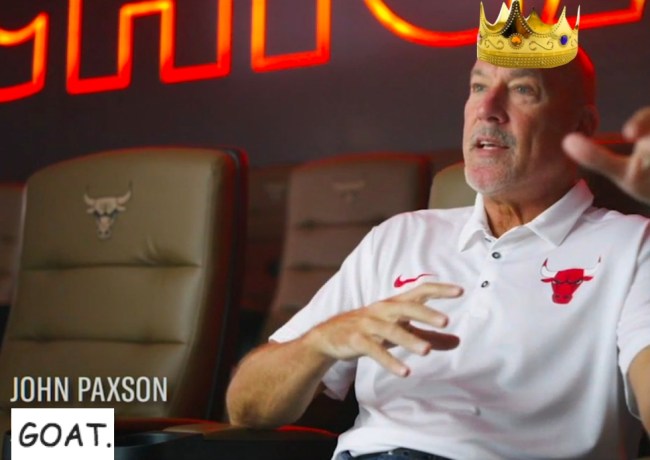 We’ll only appreciate Pax after he’s gone. Like all the greatest artists.