Rumor: Jordy Nelson Might Retire From Football Just So He Doesn’t Have To Play For The Raiders Anymore 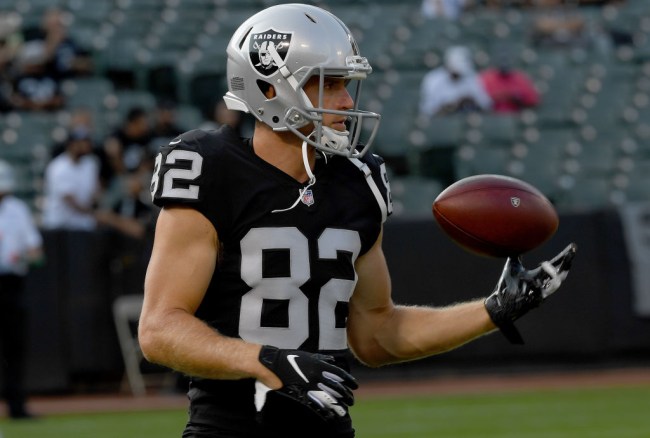 They might still have some work to do but the Cleveland Browns are no longer the mysteriously stained, trampled doormat of the NFL thanks to the Oakland Raiders, who currently boast the worst record in the league (despite the best efforts of the Giants).

Raiders owner Mark Davis has acknowledged the team is somehow even worse than his haircut and shouldered the blame following their most recent debacle yesterday.

"I always look in the mirror, and the buck stops with me. Where this team is right now is my fault. We haven't been able to build a 22-man roster."

One of his major missteps was his decision to hire Jon Gruden, who swung in like Miley Cyrus and laid wreckage to the team by trading away Khalil Mack and acting surprised when it turned out getting rid of the best player he had at his disposal was actually not the wisest decision in the world.

Raiders fans are literally counting down the seconds until Gruden’s contract with the team comes to a merciful end, and while they’ll have to deal with him for the time being, there’s one person who may have just had enough.

After the Raiders lost to the Chargers on Sunday, a reporter overheard one player in the locker room make it very clear that he was looking into exploring other options when it came to his future as a football player.

One Raiders veteran to another, on his way out of the locker room past three reporters, including myself: “I gotta get the f*** outta here.”

Rumors immediately began to swirl about who that player might be, and if one source is to be believed, Jordy Nelson might be thinking about hanging up his cleats to avoid having to continue to deal with the hell that is playing for Oakland.

Following the game, one reporter teased Nelson had gotten so fed up with the team’s performance that he was on the verge of just peacing out entirely if it meant not having to play another game under Gruden’s guidance.

The longtime Packer signed a two-year deal with the Raiders ahead of this season but it seems like he might follow the sage advice of Paul Rudd in Forgetting Sarah Marshall and fuck the lemons and bail.

However, Gulbransen followed up yesterday’s tweet with a new one on Monday afternoon saying Nelson’s decision was far from a done deal but he would appear to have at least some inside knowledge of the situation.

Everyone needs to put on the brakes about Nelson…I haven't seen anything official from the team nor any publication. That includes our own. #Raiders

It might just be a rumor but I can’t blame Nelson if it’s not.