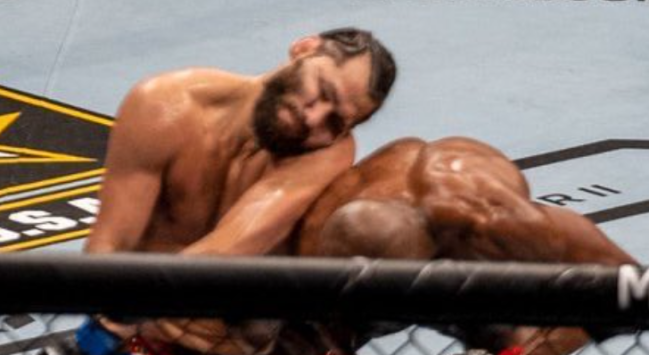 Jorge Masvidal became a meme after his latest loss at UFC 261.

On Saturday night, Usman knocked out Masvidal standing after hitting him with a perfect punch.

Fans immediately mocked Masvidal with memes after he looked like he was sleeping while standing up.

There’s never a moment where your chin and your shoulder are that close and things are going well pic.twitter.com/dG3rlhb68R

me on a redeye pic.twitter.com/3m53tsgDXO

Had Masvidal asleep like he was on one way flight to Australia pic.twitter.com/N4xtLKXorc

Masvidal caught sleeping on the job trying to use Usman as a pillow ,🤣 #UFC261 #UFC pic.twitter.com/aI8fg8nREH

Me tryna sleep at the airport https://t.co/JEbUavih2X