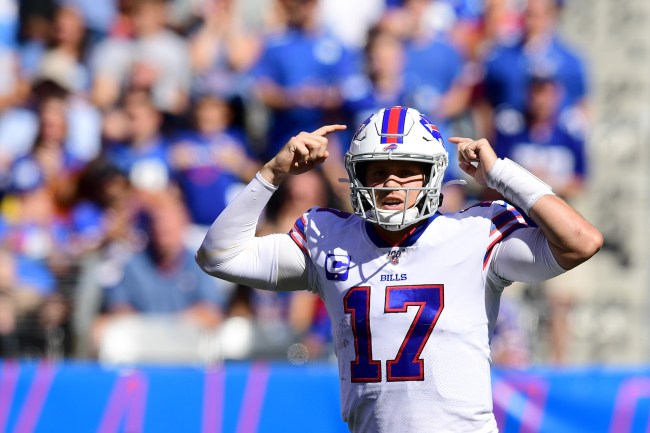 This past weekend, the NFL’s coronavirus testing partner, BioReference, suffered a ‘contamination’ resulting in a total of 77 false-positive tests around the league. All 77 players that reportedly tested false-positive took point-of-care tests following the initial results and all came back negative.

While it was reported that the Bills, Jets, and Vikings were among the teams affected by the faulty test results, it’s now clear that Bills quarterback Josh Allen was one of the many players that received a false-positive result and he’s far from pleased about it.

According to the Rochester Democrat and Chronicle, Allen was one of four total Bills held out of practice on Sunday after receiving what was assumed to be an actual positive test result.

Allen spoke about the process following his faulty test result and explained why he was upset about being the league’s guinea pig in this situation.

“I got a call at six in the morning saying I tested positive and honestly, it’s nothing you want to hear and I’m sitting there like, ‘I feel fine, there’s nothing wrong,’” Allen said, according to the Rochester Democrat and Chronicle. “I come in, try to get in the building and I have to go through protocol. I went through the test that was right here that gives you results in 15 minutes and that came back negative. I’m super frustrated that I wasn’t here.”

“I’m happy that it happened now instead of come season time,” he said. “If this were to happen on Saturday or Sunday (during the season), who knows if I’d be playing. It sucks that I was kind of the guinea pig and whatnot, and part of that process, but I’m glad it wasn’t then. I’m glad it was now and we’re able to kind of move past it.”

It’s understandable for Allen to be upset about missing out on valuable practice time. His point about it being a good thing that this happened now and not during the actual season rings true as well.

Daily testing in the NFL is set to expire on September 5 as the league and player’s association negotiated to return to regular season protocols ahead of the season opener on September 10.