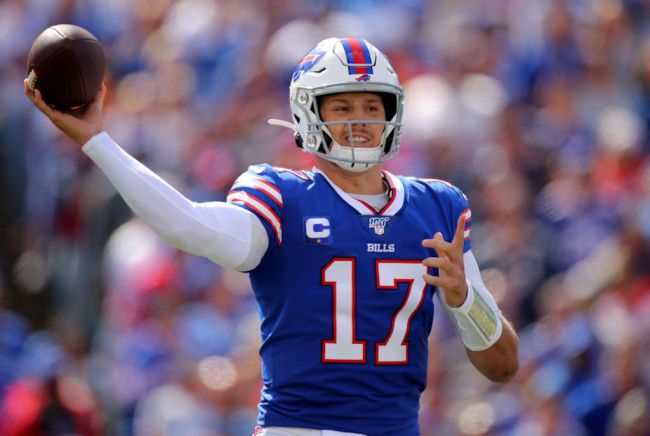 Boston sports fans are widely viewed as the most insufferable supporters the world of athletics has to offer for a wide variety of reasons—including their penchant to constantly bitch and moan about the teams they root for even though they’ve collectively experienced an amount of success over the past couple decades that most people in other cities would kill for.

I can certainly understand this sentiment, but as a New England native who was born in the early 1990s, the first decade of my life as a fan was filled with misery and broken dreams, as my childhood involved watching the Red Sox repeatedly get their shit kicked in by the Yankees and seeing Ray Borque raise the Stanley Cup as a member of the Avalanche until the squads I rooted for finally managed to get things together when the new millennium arrived.

The Patriots were the first team to turn things around, and while I was absolutely elated when they beat the Rams in the Super Bowl, I’d be lying if I said I didn’t get a bit tired of all the winning that followed before one of the most dominant dynasties in history came to an end when Tom Brady defected to Tampa Bay.

I’m sure I’ll get some hate I absolutely deserve for saying this, but a few years ago, I realized that I was having a hard time staying emotionally invested in the team due to championship fatigue, and while I haven’t abandoned my fandom entirely, I’ve found a football mistress in the form of the Bills, who have transformed into the most lovable franchise the NFL has to offer in recent years.

I don’t know how you could possibly root against Buffalo, and much like Robert De Niro’s character in Goodfellas was never eligible to become a “made” man due to his Irish ancestry, I know I’ll never be able to become an official member of Bills Mafia (an initiation I assume involves having your head dunked in a bucket filled with a mixture Frank’s Red Hot and Labatt Blue).

However, that’s not stopping me from rooting for the team to take home the Lombardi Trophy this year with the help of Josh Allen, who has fully embraced the table-destroying antics of the organization’s Zubaz-clad devotees.

I don’t need another reason to want the Bills to win the Super Bowl, but thanks to Allen, I’ve got one, as the quarterback joined a radio show last week and pledged to launch himself through multiple flaming tables if he can help bring a championship back to Buffalo.

"Tables. Plural. And light 'em on fire too, let's do it!"@BuffaloBills quarterback @JoshAllenQB tells @AdamSchein his plan if Buffalo wins the Super Bowl.

I’ve never wanted to see anything more in my life so I can only hope this ends up happening.