Welp, Just Like That WR Josh Gordon Already Has A New Team 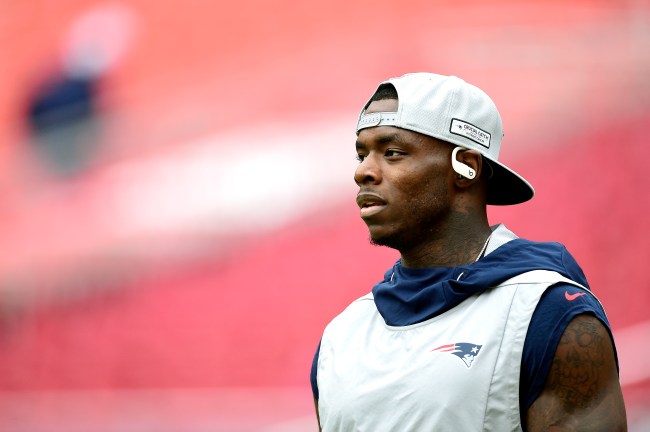 Josh Gordon has all the potential and talent in the world, he’s just had some unfortunate and unlucky circumstances happen since joining the NFL. Gordon’s off-the-field troubles are well-documented, with the wideout being in and out of the NFL’s substance abuse program since the Cleveland Browns selected him in the 2012 NFL Supplemental Draft.

After promising, breaking, re-promising, and trying to straighten himself out, Josh Gordon went from the Browns to the New England Patriots last season, showing the talent that many always knew he had, while walking a thin line when it came to being suspended by the league for his past. After being released by the Pats the other day — with reports claiming it was his work ethic that, ultimately, did Gordon in — the mercurial wide receiver has a new home with a contender.

According to Ian Rapoport of the NFL Network, the Seattle Seahawks took a flier on Josh Gordon today, claiming him off waivers to bolster the team’s receiving corps. Apparently, the team’s superstar quarterback, Russell Wilson, was pushing for the move to happen, and the Seahawks’ front-office game Wilson his wish — with Rapoport pointing out the relationship between Wilson and Gordon playing a big part in the signing.

Although Josh Gordon is now a member of the Seahawks, his immediate impact will be limited. That’s because the receiver is overcoming a leg injury sustained during a Week 6 contest against the New York Jets. He’s working his way back, though, and Seattle head coach Pete Carroll sounds excited to add the talented wideout.

“He’s a unique talent,” Carroll told reporters. “Next week we’ll take a look and see what he looks like. He’s done a lot of good stuff, made a lot of good plays. We’ll find out more next week. He won’t have anything to do with this game.”

“I don’t know physically how he’s doing right now other than that he’s OK, is what we’ve heard,” Carroll said.

Through six games this season, Josh Gordon has totaled 20 catches for 287 yards and one touchdown. While the stats are less than impressive, he’s an intimidating presence for any defense, and, paired with rookie DK Metcalf — another physical freak of nature — gives the Seahawks two athletic and gifted targets for Wilson.

Just 11 months removed from a since overturned suspension from the league, here’s hoping Gordon continues to stay clean and out of trouble, while rehabbing his recent lower leg injury.