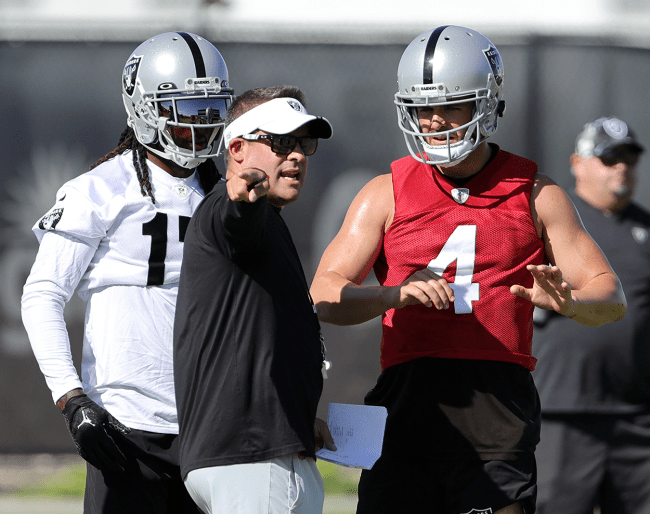 For the second time in his 23-year coaching career, Josh McDaniels is a head coach in the NFL. The 46-year-old was hired by Las Vegas during the offseason and he is already establishing who is boss during training camp.

McDaniels, who has won six Super Bowls with the New England Patriots, went 11-17 in his two years as the head coach of the Broncos in 2009 and 2010. He will take over a surging Raiders team this fall.

Las Vegas, which moved from Oakland prior to the 2020 season, has not made it out of the Wild Card round of the playoffs since 2002. However, in a year that included controversy around and the eventual firing of former head coach Jon Gruden, the team still won 10 games and reached the playoffs last year.

Now, with McDaniels at the helm, there is hope that the Raiders can return to relevance as a legitimate Super Bowl contender. Especially after adding Davante Adams in a trade with the Packers during the offseason.

As the season gets underway this week and NFL teams across the country open training camp, McDaniels is getting his first opportunity to coach his entire roster and he is setting the tone. During a drill on Thursday, he lost it on second-year defensive end Malcolm Koonce.

The strong language and targeted criticism is nothing out of the ordinary for a football field. But video of the incident is a rather illuminating look at how things are going to go down in Vegas. Simple mistakes won’t fly anymore.

Josh McDaniels is clearly not taking any nonsense from any of his players, take a look:

During a scramble drill #Raiders HC Josh McDaniels had some words for DE Malcolm Koonce. It would appear that Koonce got a little too close to Derek Carr. #RaiderNation pic.twitter.com/iCViy4saDN

It will be interesting to see what McDaniels can do in Year 1. He has a talented roster of players who want to win and they found success last season with an interim head coach. With a new culture and a new leader in charge, could this be the year that the Raiders take the next step?