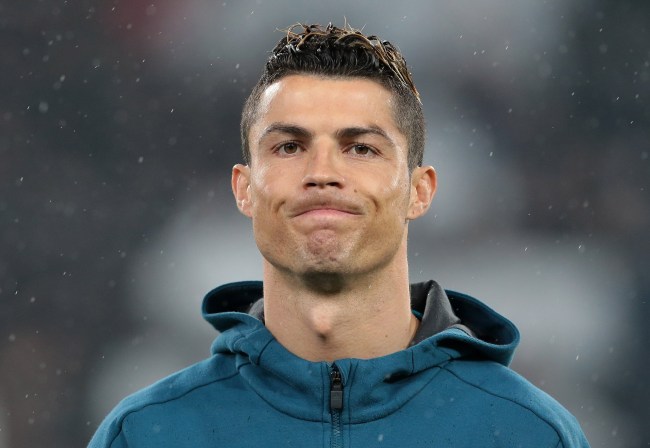 By now, even non-soccer (sorry, dick: *futbol) fans have seen Cristiano Ronaldo’s insane bicycle kick goal against Juventus last week in the Champions League. Some are calling it one of the best goals of all-time, second only to Juan Morales’ strike in The Big Green.

Obviously, Ronaldo is a world-class athlete and us average joes who get tired walking up a flight of steps shouldn’t attempt such a stunt. Not even with a mattress laid down as a buffer. Why, you ask? Well lets see how it goes for Argentinian journalist Manuel Sanchez.

Google knows more about me than I know about myself but it can’t accurately translate shit. Here is the caption based on Google:

# Accident🤕 He wanted to do the great @Cristiano and ended up baaaad !!!! @ nolosanchez12 we love you and we make you endurance. Is there plaster or is there no plaster?
Everything was by the keys of the day of @marianomcardarelli 🚑🚑🚑
Clarification: authorized me to publish it while we go by ambulance !!!

Funny, absolutely. But I feel for Manuel Sanchez here. Those of you who have been in a cast in professional life knows how much it sucks. I got my ass beat outside a bar in Boston and fractured by leg (pro tip: if you’re drunk enough, you don’t feel it) in the summer of 2012 and rocked a cast into the office for six weeks. If the logistical challenges of mobilizing don’t drive you into a straight jacket, the endless ‘what happened’ questions will.