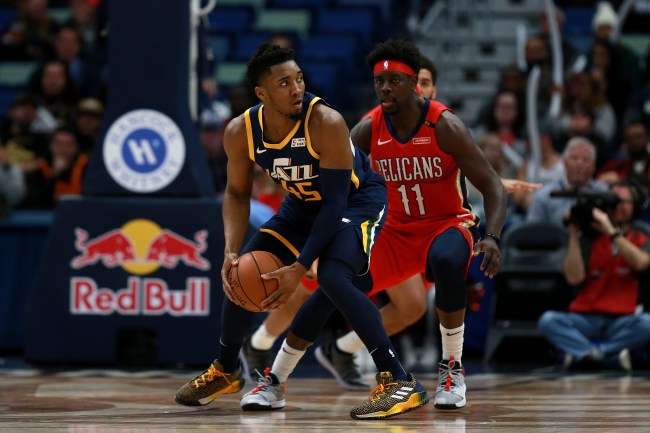 Jrue Holiday of the New Orleans Pelicans is learning that it pays to play defense. No, seriously, the point guard — who signed a massive five-year, $126 million deal during free-agency during the summer of 2017 — was named to this year’s NBA All-Defensive Second Team, and for his hard work in shutting down opposing players, he’s being handsomely rewarded because of an incentive bonus in his contract.

According to Bobby Marks of ESPN, Jrue Holiday just collected a cool $100,000 for being selected to the NBA All-Defensive Second Team, which isn’t even the top “team” to be on when considering the honor. That’s pretty incredible, but, hey, it’s money well-earned for Holiday, who totaled an additional $1.1 million in incentives alone for his play this season.

For being named All-Defensive Second Team, Jrue Holiday has earned a $100K bonus. The bonus was considered likely and the cap hit for the New Orleans guard in 2019-20 will remain at $26.2M. For the season, Holiday earned $1.1M in incentives.

Of course, considering Holiday’s average annual salary is an absurd $26.2 million, the extra $100,000 is chump change to him, which should make all of us pretty pissed off because, damn, that’s a helluva lot of dough. Legit, Jrue Holiday could take the $100,000 check he gets for making the NBA’s All-Defensive Second Team and rip it up the moment he gets it and he won’t even feel the financial hit. That’s wild to me.

Obviously, Holiday isn’t the first athlete to get some extra cash for reaching certain incentives in his contract. Remember, while playing for the Philadelphia Eagles last season, Nick Foles earned an additional $1 million for winning a playoff game against the Chicago Bears. Now that’s insanity.

While both Jrue Holiday and Foles are examples of athletes who cashed-in for their performances, a few other guys have missed out — like Richard Sherman of the San Francisco 49ers, whose Pro Bowl snub cost him an additional $3 million. And, while there’s still a chance that Draymond Green earns this season’s NBA Defensive Player of the Year Award, considering he joined Holiday on the NBA’s All-Defensive Second Team, he probably isn’t a legit candidate anymore. Why’s that important? Because had Green won the award, he would have been eligible for a max contract extension worth as much as $235 million.

All this tells me is that I’m even more pissed that I’m not a pro athlete. Seriously, why can’t normal people have wild incentives worth six-figures written into work agreements? I’m pretty sure everyone would be a helluva lot more motivated if that ever happened.