Canucks’ J.T. Miller Says Team Is ‘Not Ready To Play’ And Rush Back Into Schedule Is ‘Dangerous’ After COVID Outbreak 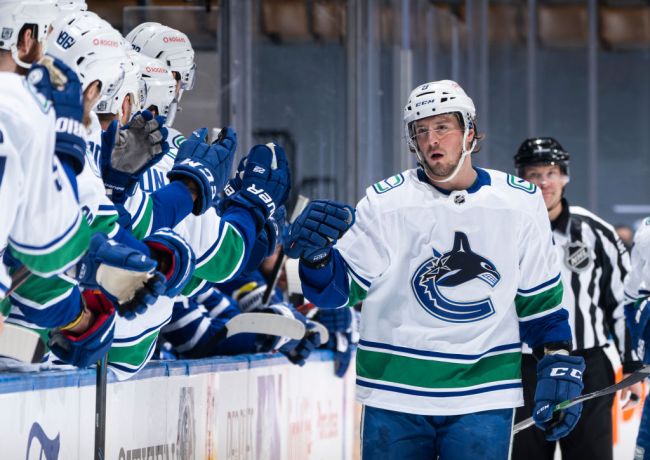 The Vancouver Canucks haven’t played a game since March 24 after 25 members of the organization tested positive for COVID-19, many of which were reportedly symptomatic. They’re now scheduled to return to the ice on Friday night against the Edmonton Oilers to begin a 19-game stretch over the next 31 days. Vancouver forward J.T. Miller, who avoided the COVID-19 list, thinks his team is being rushed back onto the ice creating a “dangerous” situation.

Miller spoke to reporters about how the talk is always about the health and safety of players and their families, but this rush back to the ice seems to be the exact opposite of that.

“I don’t really feel ready at all, to be totally honest,” Miller told reporters Wednesday. “It’s dangerous to a lot of our players. Brutally honest, we’re going to need more time to come back from this to play hockey. Even for the guys who didn’t get (the coronavirus), we’re not ready to play.”

As of Wednesday, there were seven Canucks players on the NHL’s COVID-19 protocol list while nine players were removed a day earlier. Players have to be cleared by a cardiologist and a team doctor before they are cleared to get back on the ice.

One player told ESPN that even though doctors have told him he is no longer contagious after contracting the virus, he is still experiencing some after effects, like brain fog. The player told ESPN that he is planning to resume play with the team, but he is concerned about “the unknown.” It’s pretty clear that the anonymous player here doesn’t necessarily trust the health professionals the team is working with telling him to get back on the ice.

The Canucks are scheduled to play five games in seven days beginning Friday night against the Oilers. The NHL’s regular season was supposed to end on May 11, but the North Division (the seven Canadian teams) will now end on May 16 as a result of the Canucks’ outbreak.